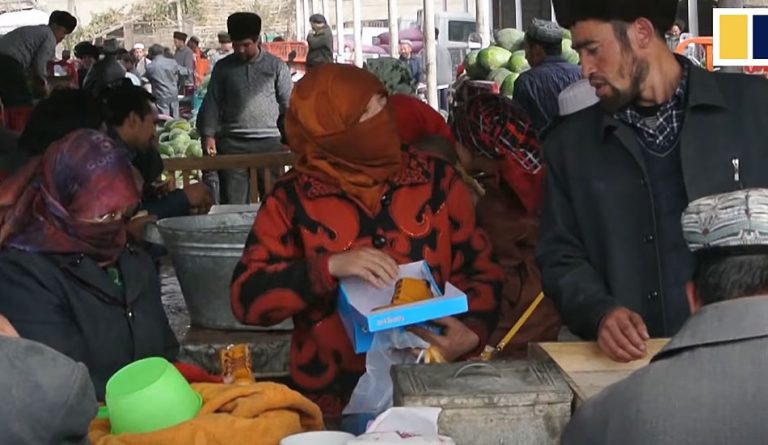 China is trying to bring down the Uyghur population through forced sterilization of women. (Image: Screenshot via YouTube)

A new report by China expert Adrian Zenz reveals that China is conducting forced sterilization campaigns on Uyghur women from the Xinjiang region in a bid to reduce the community’s population. Zenz warns that such Chinese policies are equivalent to a demographic genocide and wants an international investigation into the matter.

The report uses Chinese government data and documents to prove how the administration is repressing the reproductive rights of Uyghur minorities. Uyghur women from the community, as well as other minority communities, are apparently being threatened with internment in case they do not follow the reproductive policies as laid down by the state. Some women are being forced into camps. Actions that can attract punishment include exceeding birth quotas or refusing to conduct abortions.

Uyghur women have been asked to use intrauterine contraceptive devices (IUDs) in some areas even though they have not breached the legal rule of having two children. Some reports also show that women are being given injections that block periods. In rural areas, Uygur females have to undergo mandatory pregnancy tests and other gynecological exams quite frequently. As a result of such sterilization and birth control activities, the population in Xinjiang has fallen dramatically over the past few years.

According to the report, population growth in two of the biggest Uyghur prefectures declined by 84 percent between 2015 and 2018. Zenz points out that this is a sign of ruthless population control actions. Almost 80 percent of all IUD placements in China for 2018 were performed in Xinjiang even though the region only accounts for about 1.8 percent of the national population.

Beijing is also offering Han ethnic people from other regions incentives such as jobs and land in order to entice them to settle down in Xinjiang. The Chinese Communist Party is promoting intermarriage between Han men and Uyghur women, especially females whose husbands have been sent to internment camps.

Australian foreign minister Marise Payne stated that her government is troubled by how Beijing is treating Uyghur people. “Our concerns are further compounded by the reports of enforced birth control measures and sterilizations targeting these groups… We have raised our concerns about the situation in Xinjiang on multiple occasions with Chinese government officials, and I have discussed this issue directly with my counterpart, State Councilor Wang Yi,” she said, as reported by SBS News.

U.S. Secretary of State Mike Pompeo has called the report “shocking” and asked the Chinese Communist Party to end such horrific practices. He criticized the Party for their “utter disregard for the sanctity of human life.”

The East Turkistan national awakening movement and the East Turkistan Government in Exile recently approached the International Criminal Court (ICC) and asked for an investigation into the atrocities committed on Uyghurs by Chinese officials, including President Xi Jinping. They have submitted evidence regarding the same. The filing claims that members of the Uyghur community were unlawfully deported from places like Cambodia and Tajikistan to Xinjiang, where they ended up being imprisoned and tortured.

The lawyers representing the groups argue that since the crimes took place in Tajikistan and Cambodia, two countries that signed the Rome statute as laid down by the ICC, the court has full rights to pass judgment on the issue.

An organization called “Campaign for Uyghurs” pointed out that the Chinese government has breached the “Prevention of Genocide” contract that they had signed in front of the international community. As such, the organization has recommended that the UN Human Rights Council panel strip China of its participatory status.