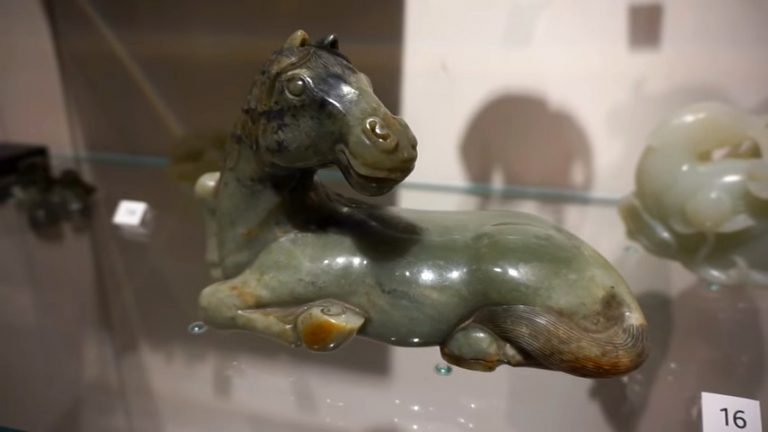 Over the course of thousands of years, the Chinese have developed a mastery of the art of sculpture. (Image: Screenshot / YouTube)

Over the course of thousands of years, the Chinese have developed a mastery of the art of sculpture that is only rivaled by other ancient civilizations like the Greeks, Indians, and Egyptians. Here is a brief look at four different varieties of Chinese sculptures.

The Chinese hold jade in very high regard. In fact, jade was seen as being symbolic of Chinese culture and civilization. As such, it is no wonder that artisans have tirelessly devoted their time to carving jade sculptures. One of the oldest styles of jade carvings is Yangzhou jade carving, representing the style that has been developed over thousands of years by craftsmen from the Yangzhou region. Some of the identifying features of Yangzhou jade carving include deep and shallow relief, Yin-line carving, hollow engraving, and dimensional circular engraving.

Another famous style is Beijing jade carving. “The jade carvings of Beijing boast solid texture, delicate and crystal; what is more, they are bright and gorgeous in color and exquisite in shape; finally, they display great attention to shape and are reminiscent of imperial grandiosity. With glossy color and elegant shape, the jade carvings of Beijing can be preserved for thousands of years, thus they are greatly favored by collectors,” according to EBeijing.

Dongyang wood carving is a wood carving style that came from the Dongyang region in Zhejiang Province. It follows multiple processes like designing, roughcasts, and slicking. However, those who have excellent skills with painting or carving can dive directly into the wood carving process. Such people carve out wood from the design they have in their minds.

Chaozhou wood carving started off during the Tang and Song dynasties. This style of carving focuses on themes like daily life of laboring people, flowers, insects, birds, historic figures, etc. Such carvings usually emphasize circular shapes as well as full reliefs. Craftsmen who follow this style usually use skills like permeation sculpting, relief sculpting, line cutting, or a combination of them. The outstanding feature of the Chaozhou wood carving style is the rendering of intricate, multi-layered sculptures.

The Shoushan stone carving style of stone sculpting originated from the village of Shoushan and focuses on carving pyrophyllite rocks. Since such rocks are translucent and glittery, the Shoushan style often turns out to be quite splendid for decorations. Of the several types of Shoushan-style carvings, those made on Tian Huang stone are usually considered the most exquisite since the rocks themselves are pretty rare. In fact, Tian Huang stones are often called the “king stone” and are typically more expensive than gold.

Among bamboo carving styles, the Huangyan style is pretty popular for its elegant modeling and refined sculpting. Artists only choose the best bamboo produced in Huangyan when carving sculptures. The bamboo is only cut in winter. The green bark is cut off while the inner bamboo ring is put in boiling water. The boiled bamboo is then flattened and agglutinated. Finally, the craftsmen decorate the bamboo with various shapes, finishing the process by waxing the final product.