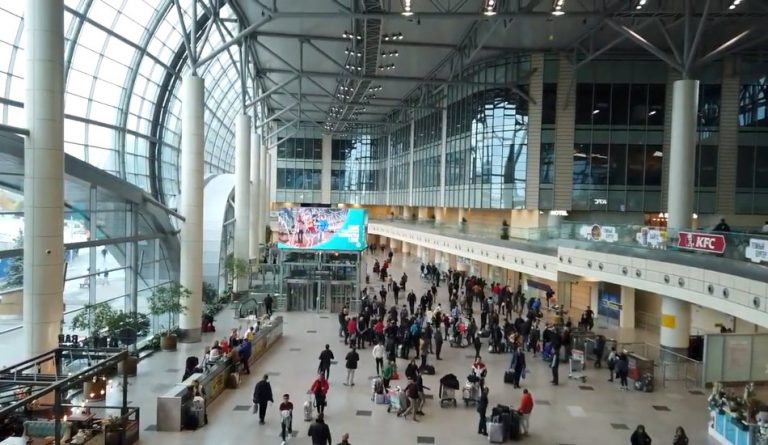 Chinese citizens are putting the crew and passengers of Russian flights at risk by faking their COVID-19 test reports. (Image: Screenshot via YouTube)

Chinese citizens living in Russia are apparently faking their COVID-19 test reports in a bid to get back home. This has prompted Beijing’s envoy to Russia to issue multiple warnings. The Chinese embassy stated that such people were causing great harm to the crew and passengers of the flights they boarded, while also putting domestic virus prevention efforts at risk of failure.

Moving out of Russia

“Russia closed its border with China in late January when the epidemic was near its height, and in late February banned all Chinese citizens from entering the country. When the situation reversed, China closed its border with Russia in early April and it remains closed. Limited air travel is available for Chinese nationals from Russia, but Beijing has banned foreigners from entering the country to prevent a second outbreak of the virus,” according to South China Morning Post.

Russia requires Chinese citizens traveling to China to submit results of nucleic acid tests within five days prior to their departure. However, these rules are being overlooked by many people. The Chinese embassy warned through WeChat that those who use fake tests will be investigated and bear “corresponding legal liabilities.”

Despite the travel restriction between the two nations, preventing COVID-19 infected people from passing over borders has been a tough task. In June, Beijing ordered the border city of Mudanjiang, which saw a wave of COVID-19 imported cases in April, to undergo mass testing. Of the 650,000 tested in the region, a total of 19 cases were discovered, none of which were showing symptoms. While the dominant coronavirus strain in China is the one that spread from Wuhan, new strains from foreign countries have been discovered.

Over 700,000 Russians have reported being infected by the COVID-19 virus, with the mortality rate standing at 74 deaths per million. However, there is serious doubt about the numbers. Tatiana N. Mikhailova, a senior researcher at the Presidential Academy of National Economy and Public Administration in Moscow, states that mortality figures in Moscow might be three times the officially affected figure.

The lower official number is said to be the result of how “cause of death” is registered in Russia. When someone dies, the disease of the organ that is responsible for the death is registered as the cause. As such, many COVID-19 deaths have likely been reported under other categories.

The COVID-19 pandemic has put extreme strain on China’s employment scenario. Almost 9 million youngsters are entering the job market this year. With businesses shut down and many firms laying off workers, the new graduates are losing hope of finding a good job anytime soon. In fact, some believe that they might be unemployed for at least a year.

In Wuhan, the epicenter of the viral outbreak, authorities have set aside 250,000 new jobs for fresh graduates. Almost 14 percent of the 16-24 year demographic is currently jobless. Even if a graduate manages to get a job, wages are going to be on the low side.

A survey of university graduates by a popular recruitment platform found that most of them expect to earn less than US$1,100 per month, which was the lowest salary bracket mentioned in the survey. An analysis of jobs posted at Zhaopin, an online recruitment platform, found that ads for new jobs fell by 27 percent in Q1, 2020.