China Is a Top Holder of US Debt: How Risky Is It? 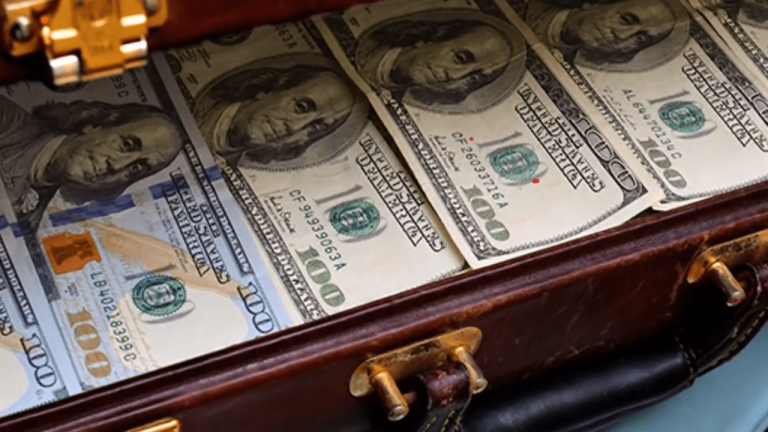 China is one of the biggest holders of U.S. debt. (Image: Screenshot / YouTube)

As of April 2020, China held about US$1.07 trillion in U.S. debt, which amounted to almost 15 percent of American bonds, treasuries, and notes held by foreign nations. China is the second-biggest owner of U.S. debt, following Japan in the first place. The increasing conflict between the United States and China is making people wonder whether Beijing will decide to dump U.S. debt in international markets in a bid to hurt America.

China and US debt

Fears of China dumping American debt is mostly derived from a misunderstanding that countries can unilaterally take financial decisions in relation to other nations without affecting themselves. Such a thing won’t ever happen. Even if China were to decide to dump U.S. debt, China itself will have to face consequences for it. The U.S. dollar is valued internationally as one of the safest asset classes. If China wishes to sell them, there are numerous buyers willing to buy them.

For instance, when China cut down its U.S. treasury holdings by around US$180 billion in August 2015, it didn’t cause much of a problem to America since investors bought it off. Plus, which currency would China invest in if it avoids the U.S. dollar? No currency can match the safety guaranteed by the American currency, which is precisely why the U.S. dollar is the top currency in the world and used globally for international transactions. To put it precisely, China is in absolutely no position to throw out the dollar.

If China were to be so bold as to sell off U.S. treasuries on a large scale, there would inevitably be a short-term impact. “An abrupt shift in the balance of supply and demand could drive down Treasury prices, and drive up their yields, which move in the opposite direction to prices. That would cause a spike in borrowing costs for the U.S. government. Also, because Treasury yields are a benchmark for U.S. consumer and business credit, interest rates on everything from corporate bonds to homeowners’ mortgages would rise, likely slowing the economy,” according to Reuters.

However, such a move will also put China at economic risk. Without maintaining adequate reserves of U.S. debt, Beijing won’t be able to keep the exchange rate of the renminbi within desired levels. Offloading the U.S. dollar will only increase the renminbi’s exchange rate, making all exports from China significantly more expensive in foreign nations. This would destroy China’s export advantage, which is clearly something that the Chinese Communist Party is unwilling to do. As such, China might threaten once in a while about the possibility of dumping the dollar. But that’s the maximum that Beijing can do — all talk and no action.

Due to the economic damage caused by the outbreak of COVID-19, there have been calls that the U.S. should refuse to repay some of the US$1.07 trillion in debt that it owes to China. Those who argue for this point out that Beijing hid the truth about the viral outbreak initially, which caused the infection to spread rapidly to other parts of the world. Instead, if the Chinese regime would have been honest about the outbreak, the infection could have been contained and the economic damage lessened. As such, the United States should refuse to pay a portion of the debts and use that money to compensate American businesses and individuals for the losses they have suffered due to the pandemic.

While the argument seems reasonable to a layman, financial experts warn that such a decision should not be taken. If America refuses to repay their loans, the country’s reputation would suffer. Other lenders would start thinking “What if the American government does not pay back our debts?” This would be harmful to the country’s ability to raise cheap debt. As such, it does not seem likely at all that the U.S. government would dishonor their debt repayments.