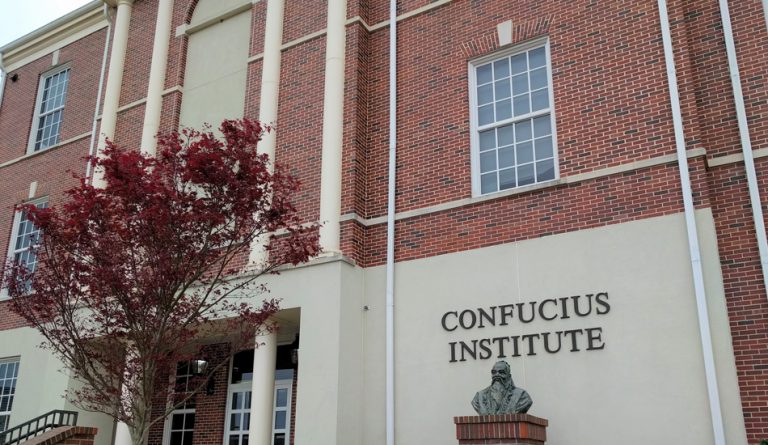 A 2019 report by the U.S. Senate Permanent Subcommittee on Investigations uncovered the dangerous ways in which China’s Confucius Institutes are compromising the safety of the American educational system. The report warns that Confucius Institutes that are not transparent enough about their operations should not be allowed to continue in the United States.

According to the report, the Chinese government set up more than 100 Confucius Institutes in U.S. colleges and university campuses over the past 15 years, the most in any nation. In fact, almost a fifth of the world’s Confucius Institutes have been established in the United States.

In addition, there are 500 Confucius Classrooms in the U.S. that teach Chinese culture and language to students from kindergarten to 12th grade. The problem is that the Chinese communist regime controls every single aspect of the Confucius Institute programs through a state-backed agency called “Hanban.”

Whenever teachers and directors are appointed to Confucius Institutes, they have to pledge to protect the interest of China. A contract obtained by the subcommittee shows that Hanban will terminate instructors in case they indulge in any activity “detrimental to national (Chinese) interests” or “violate Chinese law.” Some of the contracts include provisions that prevent instructors from disclosing the contents of the contract. A school that refused to adhere to following Chinese law had its entire contract canceled.

Since the State Department does not record whether a Chinese national coming into the U.S. is affiliated to Confucius Institute or not, it is unaware as to how many Chinese-origin people are working with these institutes. As a result, the department is unable to properly ensure that the visas being given out are not being used against American interests. Between 2017 and 2019, more than 32 visas for Confucius Institute exchange visitors were revoked by the department since the individuals had lied about the nature of their jobs.

Hanban has poured over US$158 million into the U.S. since 2006. Many of the U.S. schools that received over US$250,000 in payments from Hanban failed to report the transactions despite the law requiring them to do so. The most infuriating thing is that China refuses to show courtesy or appropriate reciprocity to the State Department’s American Cultural Center (ACC). The ACC was designed to promote American culture on Chinese campuses.

Considering that the U.S. allows China to promote Chinese culture in America through Confucius Institutes, Beijing should naturally have allowed ACC to function in China. However, the Chinese regime constantly interfered in the functioning of ACC, thereby making its activities in China ineffective. At least 7 ACC programs were blocked by the communist government, indicating that Beijing simply wants to strengthen its hold in the U.S. while preventing the United States to have influence in China.

Countering the threat of Confucius Institutes

The U.S senate recently passed a bill to protect free speech on American campuses so as to counter the threat posed by Confucius Institutes. In fact, many universities are terminating contracts with these institutes. In June, the University of Memphis closed down the Confucius Institute on its campus, receiving applause from Senator Marsha Blackburn.