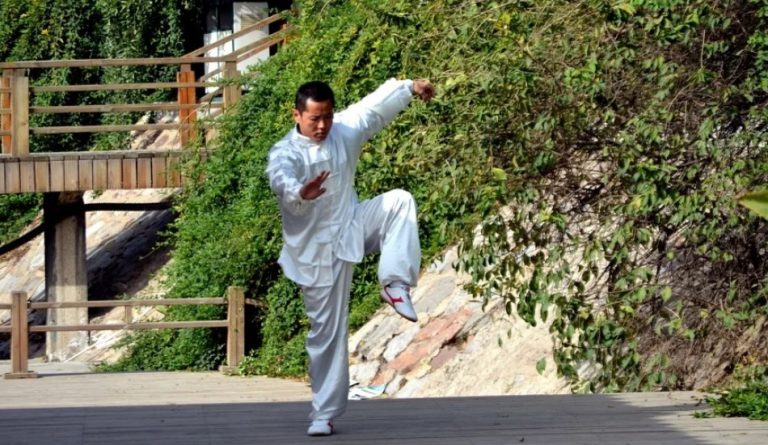 When people think of martial arts, the first thing that probably pops up in their minds is the Kung Fu-style fights as seen in movies such as Enter the Dragon or the Matrix. However, martial arts is not something that solely focuses on fighting. It offers incredible physical and mental benefits for practitioners of the discipline.

In one study conducted on adults aged 45 and above, it was found that martial arts can have a positive impact on emotional well-being. The participants “were asked to take part in karate training, cognitive training, or non-martial arts physical training for three to six months. The older adults in the karate training showed lower levels of depression after the training period than both other groups, perhaps due to its meditative aspect. It was also reported that these adults showed a greater level of self-esteem after the training too,” according to the Independent.

Martial arts helps you improve your body’s muscle mass. The more mass your body has, the higher will be your metabolic demand. As a consequence, you will burn more calories, thereby ensuring that the food you eat does not end up becoming fat and make your waistline grow. Eventually, your body gets toned and becomes fit like an athlete. And with a better, fitter body, you will inevitably feel more confident about yourselves. After all, nothing breaks one’s self-confidence than other people staring at you because you are fat.

When you train in martial arts, your heart rate slowly gets elevated. This is a sign that the muscles of your heart are getting a workout. The stronger your heart becomes, the more blood it can pump out efficiently, due to which the blood pressure can decrease. Another benefit of higher heart rates is that it oxygenates the blood. As a result, you keep burning calories even after you have finished training. Some studies also show that regular training can shrink the proteins that carry cholesterol into the bloodstream, thereby making them less dangerous to the heart. The weight loss you experience will also go a long way to minimize the amount of LDL cholesterol in the blood.

There are usually two ways to improve your attention — through Attention Training (AT) or by Attention State Training (AST). In AT, you perform a skill repeatedly until you become better at that skill. In AST, you get into a specific state of mind that enables you to have stronger attention. In short, AST can be applied to improve any skill. Incredibly, martial arts have been found to be a form of AST. One study found that regular practice of martial arts, specifically karate, improved the performance of an individual in a divided attention task, which is a task that forces a person to focus on multiple things all at once.

Martial arts can help kids have control over aggressive behavior. A study done in the U.S. involved children between the ages of 8 and 11 being given martial arts training that focused on defending themselves and respecting other people. It was found that boys showed reduced levels of aggressiveness due to the program. In fact, the boys became more likely to help someone who was being bullied than before they started their martial arts training. These changes were visible in girls too.