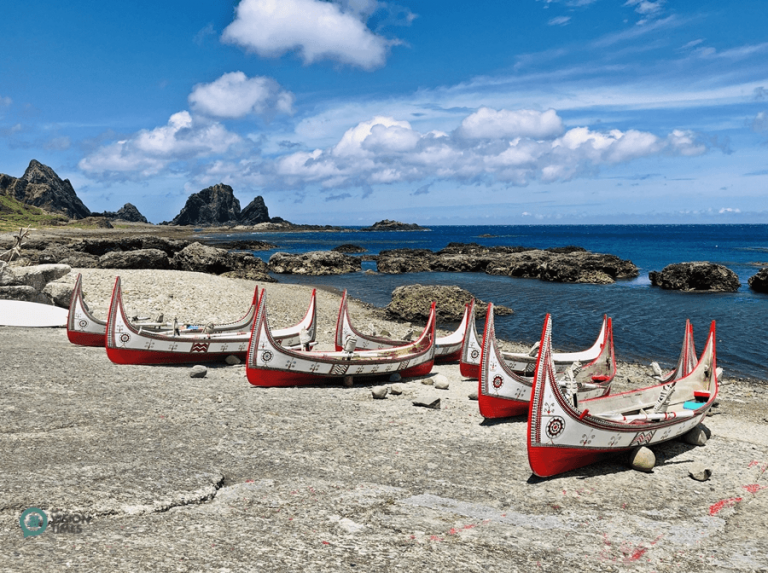 Situated in the Pacific Ocean approximately 90 km (56 miles) off the southeastern coast of Taiwan Island, Orchid Island (Lanyu蘭嶼) is one of Taiwan’s most popular remote island paradises. With an area of about 45 km2 (17 sq mi) and a population of some 5,000, this beautiful volcanic island is Taiwan’s second-largest offshore island after Penghu Island (澎湖).

History and culture of Orchid Island

This beautiful island is inhabited by the Tao indigenous people (達悟族), also known as the Yami people (雅美族), whose ancestors are believed to have immigrated from the Batanes Islands in the Philippines, which are roughly 200 km away from Lanyu, about 800 years ago.

Orchid Island was designated by the Japanese government as an ethnological research area, and tourists were prohibited from visiting the island under the Japanese Colonial Rule from 1895 to 1945. The Taiwanese (R.O.C.) government maintained the ban until 1967. As a result, most of the tribal customs and culture are well preserved nowadays.

The island was originally named Redhead Island as the peaks of its northwestern mountain resemble a red human head when illuminated by golden sunsets. It was renamed Orchid Island by the Taiwanese government in 1946 due to the fact that phalaenopsis orchids were in great abundance on the island during that period of time.

During Taiwan’s period of martial law, the island once served as the location for a political prison, but it has become one of the most popular offshore attractions and attracts over 100,000 visitors, mostly from May to September every year.

There is a wealth of distinctive rock formations around Orchid Island, and many of them are photography hot spots. Not only are they visually compelling, but they are also given imaginative or even ludicrous names by people from mainland Taiwan in the hope of boosting tourism.

Crocodile Rock is one of the most striking rock formations on Orchid Island. The giant rock is called Crocodile Rock because it resembles an enormous crocodile standing upright on its hind legs, with its huge mouth agape toward the sky.

Jade Girl Rock, also known as Couple Rock or Yin Yang Stone, is one of the most stunning rock formations on Orchid Island. The 20-meter high hollow rock, with a small rock in the middle, looks like two parents with a child standing between them. According to legend, it symbolizes a filial girl trying to keep her parents from quarreling. Yet, many visitors may have other imaginative interpretations.

This stunning rock gets its name from the unique shape that looks from afar like two lions lying facing each other, followed by a small lion. This area is also a first-class fishing ground for fishermen and a great destination for gazing into the night sky to see bright stars.

It is a distinctive rock formation located on the coast near the nuclear waste storage facility in the southeast of Orchid Island. As its shape resembles that of the dragon’s head, it is so-called. It was also the location that the first rays of sunlight hit Taiwan in 2020.

With some rocky spikes standing out in the ocean like gun turrets, this series of rocks resemble a battleship that was once mistaken by a Japanese warship’s spotters for a U.S. naval craft during World War II. That is the story that locals enjoy telling tourists.

There is a series of five large caves in the cliff walls along the coast. They were rumored to be the home of evil spirits, and women and children were prohibited from entering in the old days. The first two caves are closed as they are the prayer grounds. The third and fourth are connected at the back. They are enormous caves that visitors can go around and see the rock patterns on the roof.

With multiple natural pools surrounded by coral reefs, Yeyin Cold Spring is situated on the coast in Yeyin Village, which has the largest collection of traditional underground houses on Orchid Island. It is about 1 km away from the town and is the best destination to cool off on the island.

At the southern end of Orchid Island, there is an extensive open area of land covered with lush grasses year-round. It was transformed into an uplifted coral reef, with some steep coral cliffs. It’s breathtaking to explore the immense grassland and see the stunning view of the steep cliffs. The grassland is also a great location to take in the sunset.

One of the most iconic sights on Orchid Island is the richly decorated traditional Tao canoes displayed on the beach. Canoes used to be important tools for aboriginal residents to earn a living. The traditional canoes are assembled from approximately 27 pieces of wood with pegs. They are painted in red, white, and black, with the traditional sun image that is believed to ward off evil influences.