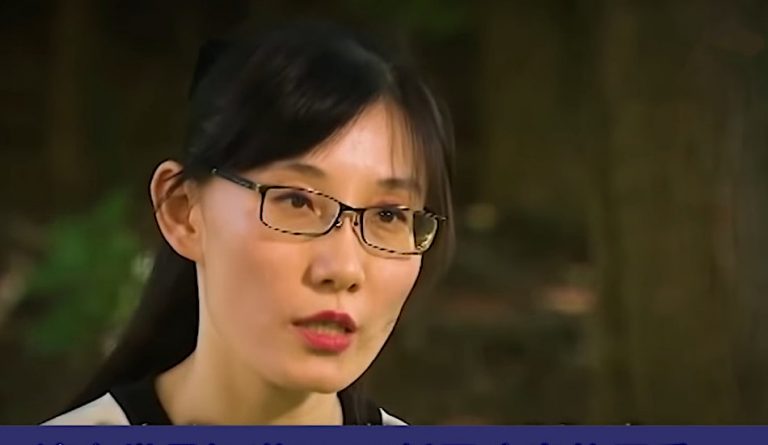 Chinese virologist Dr. Li-Meng Yan risked her life to expose the truth about the cover-up over the initial outbreak of the CCP coronavirus. (Image: Screenshot via YouTube)

Now seeking asylum in the United States, a Chinese virologist formerly employed at Hong Kong University has given her account of the early stages of the COVID-19 outbreak, saying that the Chinese authorities knew COVID-19 was spreading among humans in December 2019, but covered up the news for several weeks.

Dr. Yan Li-meng, then a postdoctoral fellow at HKU’s School of Public Health, said in a July 10 interview with Fox News that her supervisor had told her to investigate the SARS-like disease that had broken out in central China’s Wuhan.

Later, however, Yan says she was reprimanded for talking about the disease’s person-to-person spread, which she heard about from a scientist in mainland China. Feeling a moral obligation to step forth as a witness, Yan left Hong Kong on April 27, arriving the next day in Los Angeles.

Yan hails from Qingdao, a coastal city in northern China. In December, when Yan failed to get an official explanation from authorities about the CCP virus, Yan tapped into her mainland network of professional contacts.

On Dec. 31, the Chinese authorities acknowledged the outbreak of a “pneumonia-like” ailment in Wuhan, saying that the disease had likely originated in unsanitary conditions at a seafood market, and that there was little risk of human-to-human transmission.

But the same day, a friend working as a researcher for the China Centers for Disease Control and Prevention (CDC) told Yan that COVID-19 was already spreading among people.

“The timing is very, very important,” Yan said of the early outbreak. “If we can stop it early, we can save lives.”

In the following weeks, as hundreds of millions of people were getting ready for the Chinese New Year holiday period, Chinese authorities continued to maintain that there was no evidence of human-to-human transmission.

The spread of the CCP virus occurred in the same timeframe as key political meetings being held by Chinese Communist Party (CCP) officials in Hubei Province, where Wuhan is the local capital. During the more than one week of the meetings, no new cases of COVID-19 were reported, but numbers shot up right afterward.

Chinese state health experts downplayed the severity of COVID-19 , insisting as late as Jan. 15 that human-to-human transmission had yet to be confirmed. China’s leader Xi Jinping acknowledged the epidemic on Jan. 20, only after multiple foreign countries reported their own COVID-19 cases, all of which had originated in China.

The CCP-influenced World Health Organization repeated the disinformation coming from China, discouraging foreign governments from enacting travel bans or taking other measures to protect themselves from the oncoming pandemic. On Jan. 9, the WHO said in a statement that the pathogen did “not transmit readily between people.”

The WHO has also repeatedly praised the CCP for its “transparency” in the crisis. It also avoided declaring COVID-19 a global pandemic until early March, by which time the Chinese regime had begun claiming that the domestic situation was under control.

According to Yan: “I already know that would happen because I know the corruption among this kind of international organization like the WHO to China government, and to China Communist Party.”

Yan said she had relayed what her China CDC contact told her to her boss, who first responded with only a nod. When she raised the issue again on Jan. 16, he then warned her not to “touch the red line.”

“We will get in trouble and we’ll be disappeared,” he said, according to Yan.

Yan’s account matches what experts and reports have long alleged: that the CCP suppressed critical knowledge of COVID-19’s spread, squandering critical weeks in the disaster for the sake of political expediency.

In January, Dr. Li Wenliang was reprimanded by Chinese police for spreading “rumors” about COVID-19; he later contracted COVID-19 while working on the frontlines and died on Feb. 7, becoming a worldwide icon for criticism of the CCP’s coverup.

The CCP has portrayed its actions as a model response to the pandemic, despite the resurgence of cases in northeastern China and more recently, Beijing.

Yan said that she fears for her life should she return to Hong Kong or mainland China, saying: “I know how they treat whistleblowers.”

She tried to persuade her husband to go with her to the United States, but an argument broke out between them, with him warning her that she would get both of them killed.

“The reason I came to the US is because I deliver the message of the truth of COVID,” Yan said.

Based on available statistics, COVID-19 has infected 14 million people worldwide and killed more than 600,000.