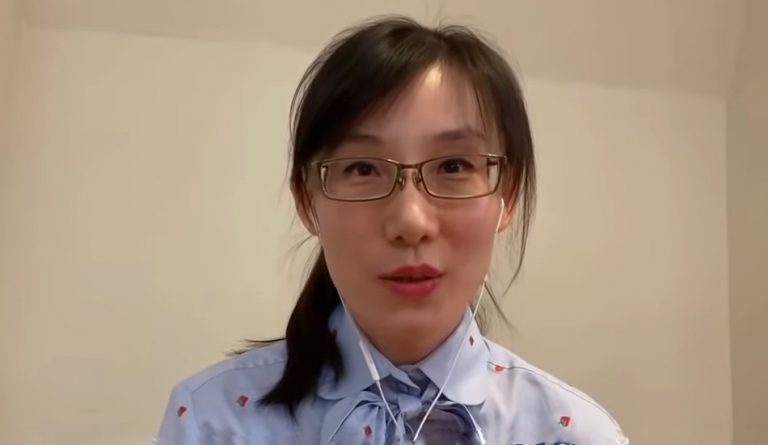 Chinese virologist Dr. Li-Meng Yan risked her life to expose the truth about the cover-up over the initial outbreak of COVID-19. (Image: Screenshot / YouTube)

Chinese virologist Dr. Li-Meng Yan, who fled Hong Kong and escaped to the United States, appeared in an exclusive interview on Fox News recently. Risking her life, she went public to expose the truth about the cover-up by the Chinese Communist Party (CCP) and the World Health Organization (WHO) over the initial outbreak of Wuhan pneumonia, which eventually turned into a pandemic due to the cover-up.

YouTube channel host Luther, (路德社), 170K subscribers, revealed that Dr. Yan’s escape to the U.S can best be described as a thriller. Luther added that more amazing inside stories about the coronavirus pandemic will be revealed in the future.

Dr. Yan was a postdoctoral researcher at the Li Ka Shing Faculty of Medicine and the School of Public Health of the University of Hong Kong. She is in her thirties and has a stable and excellent family background. She holds a dual doctoral degree M.D.-Ph.D. Dr. Yan is considered the most qualified researcher in the laboratory of the Li Ka Shing Faculty of Medicine. This laboratory is the world’s top infectious disease research lab, a biosafety level 3 (P3) facility, where infectious disease research projects lead the world. It has also been designated as a WHO collaborating center for infectious disease epidemiology and control since December 10, 2014.

During her stay in Hong Kong, Dr. Yan witnessed the anti-extradition protest movement that made her fully understand the evilness of the CCP. This also strengthened her determination to expose the truth of the Wuhan pneumonia epidemic.

Gnews, a website of the Chinese tycoon Guo Wengui who is now in exile in the United States, reported that Dr. Yan disclosed that she had been responsible for monitoring the situation of mainland hospitals since December 2019; she was among the first scientists asked to investigate the number of cases in Wuhan.

She was the only professional to have a connection to both mainland China and the Western world. It was also reported that Dr. Yan has first-hand knowledge of all the facts about the coronavirus and her evidence may help to confirm that the WHO helped the CCP cover up the true facts of Wuhan pneumonia.

According to Luther, he received information in April 2020 that Beijing would implement the National Security Law against Hong Kong. Intuitively, he felt that it would be very dangerous for Dr. Yan to remain in Hong Kong. So, he held discussions with her before arranging her escape to the U.S. that was coordinated by the Legal Fund.

Dr. Yan was secretly transferred to the airport. She obtained her flight ticket on April 27, boarded the plane the next day, and arrived in the United States on April 29. On the eve of her take-off, Dr. Yan and Luther communicated every 5 minutes to ensure her safety. At that time, it so happened that the U.S. had still not restricted Hong Kong flights to the United States. That was considered a miracle arranged by God.

The many dangers in Hong Kong

During the time when Dr. Yan was still in Hong Kong, she encountered many dangers. For instance, she was sedated with sleeping pills during meals, she was asked to meet someone at the beach — a meeting to which Luther warned her not to go as this must be a plot to murder her.

Watch this exclusive interview with Dr. Yan and hear first hand what she went through and why she fled Hong Kong:

Prior to her escape to the U.S., Dr. Yan tried to persuade her husband to follow her but without success. She is now worried about the safety of her family and also for herself.