COVID-19 Is Messing With the Weather Forecast Too 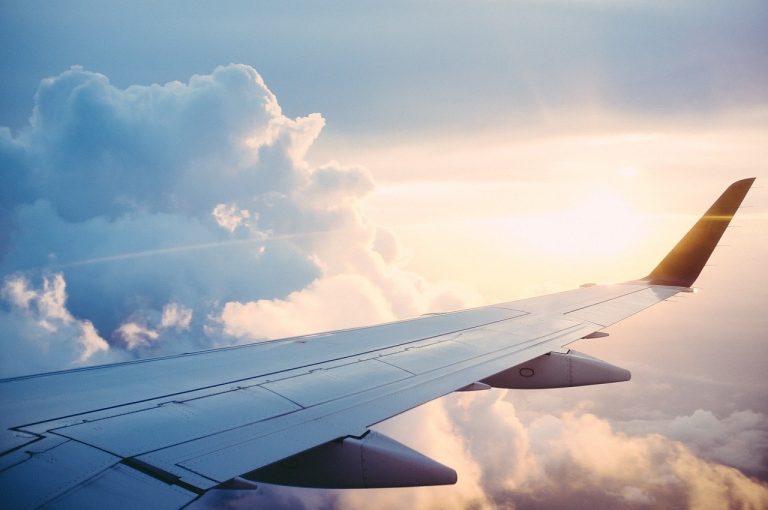 Weather forecasts have become less accurate during the COVID-19 pandemic due to the reduction in commercial flights, according to new research. A new study in AGU’s journal Geophysical Research Letters finds the world lost 50-75 percent of its aircraft weather observations between March and May of this year, when many flights were grounded due to the pandemic.

Aircraft typically inform weather forecasts by recording information about air temperature, relative humidity, air pressure, and wind along their flight path. With significantly fewer planes in the sky this spring, forecasts of these meteorological conditions have become less accurate and the impact is more pronounced as forecasts extend further out in time, according to the study, which is part of an ongoing special collection of research in AGU journals related to the current pandemic.

Weather forecasts are an essential part of daily life, but inaccurate forecasts can also impact the economy, according to Ying Chen, a senior research associate at the Lancaster Environment Center in Lancaster, United Kingdom, and lead author of the new study. The accuracy of weather forecasts can impact agriculture as well as the energy sector and stability of the electrical grid.

Wind turbines rely on accurate forecasts of wind speed and energy companies depend on temperature forecasts to predict what the energy load will be each day as people crank up their air conditioning. Chen said:

“If this uncertainty goes over a threshold, it will introduce unstable voltage for the electrical grid. That could lead to a blackout, and I think this is the last thing we want to see in this pandemic.”

The regions most impacted by the reduction in weather forecasts have been those with normally heavy air traffic, like the United States, southeast China, and Australia, as well as isolated regions like the Sahara Desert, Greenland, and Antarctica. Western Europe is a notable exception: its weather forecasts have been relatively unaffected despite the number of aircraft over the region dropping by 80-90 percent.

This was surprising, Chen said. Chen suspects the region has been able to avoid inaccuracies because it has a densely-packed network of ground-based weather stations and balloon measurements to compensate for the lack of aircraft. Chen added:

“It’s a good lesson which tells us we should introduce more observation sites, especially in the regions with sparse data observations. This will help us to buffer the impacts of this kind of global emergency in the future.”

Forecast models are more accurate when a greater number of meteorological observations are taken into account, and the number of observations is greatly diminished when fewer planes are in the air, as was the case in March-May of this year. The Aircraft Meteorological Data Relay program is comprised of over 3,500 aircraft and 40 commercial airlines, which typically provide over 700,000 meteorological reports a day.

In February, before the number of flights dropped off, forecast accuracy in several regions that rely on aircraft observations had actually improved by up to 1.5°C (35°F) over previous years. But in March-May 2020, when flights were reduced by 50-75 percent compared to February, that improvement in accuracy vanished. Chen found western Europe was the only region with normally high flight traffic that did not suffer remarkably reduced accuracy in temperature forecasts. He attributed this to over 1,500 meteorological stations that form a dense data collection network in the area.

However, European weather was particularly unvarying over the March-May 2020 time period, making it easier to forecast with less data, according to Jim Haywood, a professor of atmospheric science at the University of Exeter, United Kingdom, who was not involved with the new study. Haywood suspects this played a role in the persisting accuracy of western European forecasts in addition to the network of ground observation points.

The longer forecasters lack aircraft data, the more weather forecasts will be impacted, according to the study. While precipitation forecasts have so far been unaffected, scientists’ ability to catch early warning signs of extreme weather events this summer could suffer. In the long term, the study results suggest sources of weather data should be diversified, especially in observation-sparse areas and areas that rely heavily on commercial flights, according to Chen.