A Captive Turtle and Buddha Return the Blessing 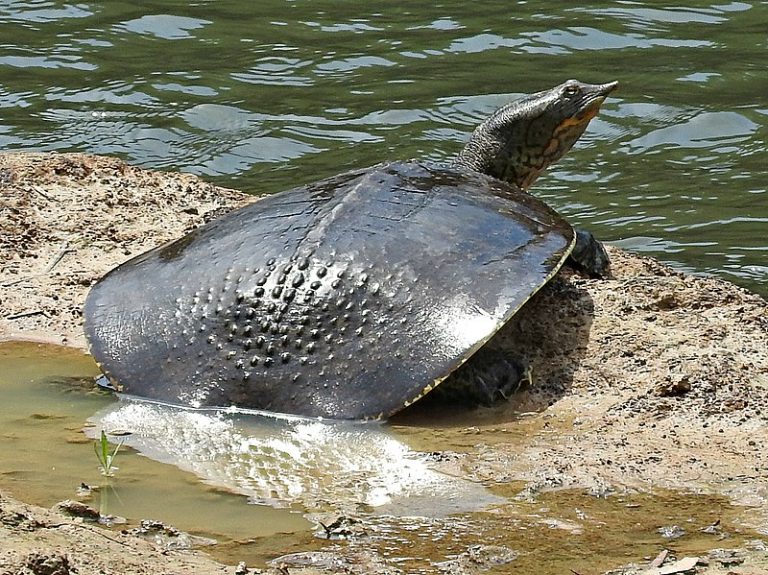 One day, as I was passing by a wet market I saw a wild, softshell turtle in front of a seafood stall. (Image: via Wikimedia Commons)

In 2010, I worked in Dongying of Shandong Province, China. One day, as I was passing by a wet market I saw a wild, softshell turtle in a tank in front of a seafood stall. The captive turtle had a distinctive mark on its shell and was trying hard to struggle its way out of the tank.

Moved by the scene, I asked the monger how much the turtle was being sold for. He measured it and told me that it was his catch and he would not sell it for less than US$300. After some bargaining, I finally acquired it for US$280.

I took the turtle to the nearby Yellow River Bridge. There, I prayed for its behalf and wellbeing to Buddha and then released it into the river. It seemed to be familiar with the river. It sank into the water and disappeared in no time. That done, I walked home with a peaceful mind.

A month later, I decided to return to my hometown for good. Before leaving, I returned to the place where I released the turtle. When I got there, I encountered an amazing sight, I recognized the turtle with the distinctive mark on its shell that I released a month ago! It did not seem to be afraid. It kept staring at me as if it knew me. With it looking at me, it slowly sank back into the water and disappeared.

A few months later, I found a job with a real estate company in my hometown, Heze in Shandong Province. The real estate market prices were not really high then, averaging US$3,900 for an apartment.

My company was developing a small residential complex on the outskirts of Dongcheng. Apartments were available at the market price of US$3,300 per unit. As a bonus for employees, the company offered the units at a discounted price of US$1,000.

That offer made my unaffordable home suddenly an affordable one! On the first night in my apartment, I dreamt of the turtle and realized that compassion can take many forms in our daily lives

Translated by Cecilia and edited by Michael Segarty