Traveling Along the Amazing Yangtze River of China 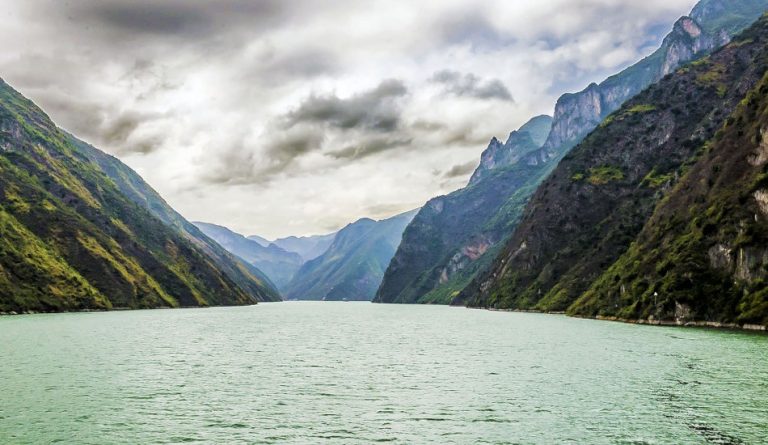 When you visit China, traveling along the Yangtze River is an extraordinary experience. (Image: stanbalik via Pixabay)

China’s Yangtze River is the longest river in Asia at 3,975 miles in length. Globally, it is ranked third after Africa’s Nile River and South America’s Amazon River. The drainage basin of the Yangtze takes almost one-fifth of China’s total land area. The Yangtze River delta alone accounts for almost 20 percent of the country’s GDP.

The river has more than 700 tributaries. Of these, “8 have the basin area of over 50,000 square kilometers (19,305 sq mi), and 5 have a length of more than 1,000 kilometers (621 miles). The tributary with the largest runoff is the Minjiang River. The tributary with the largest basin is the Jialing River. The tributaries with the longest length are Hanjiang River and Ya-lung River,” according to Travel China Guide. When you visit China, traveling along the Yangtze River is an extraordinary experience. Here is a brief list of what you can do there.

The Qutang, Wu, and Xiling gorges are collectively called the “Three Gorges” and are the most beautiful of all gorges in the Yangtze River. The enchanting, mesmerizing sights you see while traveling through the river will definitely thrill you to the core. These gorges are located between Yichang and Chongqing. The ideal time to visit is between March and May or from September to November. The most beautiful among the three is said to be the Wu Gorge, which give you wondrous sights of the Twelve Peaks of Wushan. Some areas also offer bungee jumping.

The Three Gorges Dam is the largest hydraulic dam in the world. It created a 370-mile-long reservoir after completion. The dam also holds the record of being the heaviest concrete structure at 144 billion tons as well as housing the most powerful power station in the world with an installed capacity of 22,500 MW. If you are someone who marvels at human engineering, the sight of this mighty dam is sure to knock your socks off. Visitors are allowed between 8 a.m. and 5:30 p.m.

Located between Xiling Gorge and Wu Gorge, the Shennong Stream is a popular excursion site among tourists thanks to its natural landscape and tranquil atmosphere. One of the most popular places to visit is the Parrot Gorge, where you can ride a boat while being surrounded by mountains covered with blooming flowers. During spring, the mountains are usually covered in roses while chrysanthemums are the flowers seen in autumn.

This is a wooden pagoda that is built on the cliff face of Shibaozhai. At 183 feet tall, the pagoda has 12 layers and is considered to be the largest wooden structure in the world that uses crossing bracket type construction. It was first built during the Qing Dynasty (1644 to 1912) with 9 layers. The 3 top layers were added in 1956 during a repair project. The Discovery Channel classified it as one of the “Top 7 Wonders in China.”

To travel the Yangtze River, you first need to reach Yichang or Chongqing. From here, you can book a boat ride and spend multiple days cruising through the river. Remember that the only food you will be eating during the excursion will be that which is available on the boat. So talk to them and check the cuisine to make sure it matches your palate. You also need to beware of pickpockets on the cruise boats.