Are China’s Poor Business Ethics a Reason for the Worsening Environmental Crisis? 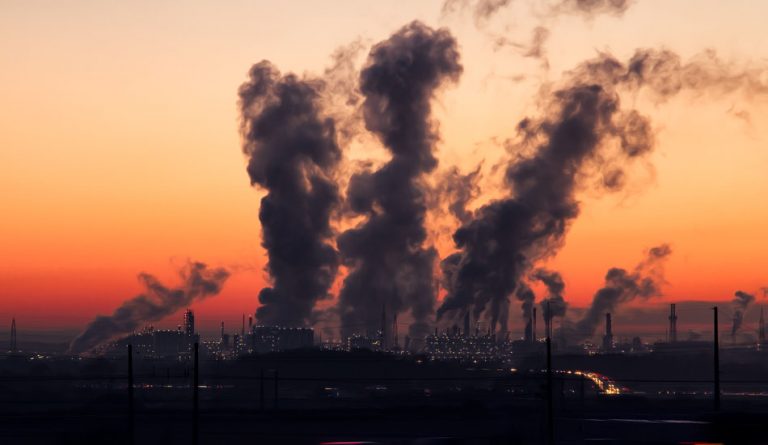 China is the biggest polluter in the world. (Image: SD-Pictures via Pixabay)

China is the worst polluter in the world. Given its huge population and export industry, this shouldn’t come as a surprise. According to estimates, almost 30 percent of global air pollution is accounted for by China. In fact, just five Chinese provinces combined emit more carbon dioxide than any single country in the world! Such levels of pollution come at a huge environmental cost and have led to a massive environmental crisis. And one of the main reasons for the high pollution is the lax trade ethics of the country.

Even though Beijing proclaims to have a pro-environment stance, the communist regime mostly prioritizes economic development over concerns about pollution. And even the environmental laws it has passed over the past several years mostly exist only on paper. Businesses often flout such laws and resort to bribing local officials who agree to turn a blind eye to such illegal activities. In China, only state-owned companies are obligated to file sustainability reports. For private businesses, such reporting is voluntary and there is little to no enforcement of the environmental policies and guidelines passed by the state.

Between 2008 and 2019, the number of companies reporting their economic, environmental, social, and governance (ESG) performance has risen from 200 to about 3,000. But the quality of their reporting leaves much to be desired. A 2017 study by consulting firm GoldenBee discovered that less than 10 percent of listed Chinese companies get their sustainability reports verified by a trusted third party. Even if companies are dishonest in reporting, they rarely face any penalties. Amid such poor business ethical standards, it is no wonder that companies show no interest in following environmental guidelines.

“There hasn’t been much pressure on businesses to go beyond compliance… That’s why you see a gap between environmental policies and actual business practices… Besides, the awareness of investors, the media, non-government organizations (NGOs), and consumers is low, so there has been little incentive for businesses to put sustainability at the core of their business strategy,” Yuan Yuan, senior manager of sustainability at CECEP Environmental Consulting, said to Eco Business.

Even China’s trade with other nations is fraught with the risk of environmental damage. A study that looked into whether China’s trade with sub-Saharan African and Latin American countries affected their sulfur dioxide emissions discovered that the level of pollution in these nations rose in conjunction with their trade with China.

However, an interesting pattern stood out. Countries with a higher quality of governance, as rated by the Quality of Government Institute, were found to have not experienced increased air pollution despite growing trade with the Asian nation. In contrast, countries with the worst governance quality saw rising air pollution in tandem with surging Chinese trade.

One trend that has emerged in China is that civil society organizations are getting increasingly involved in checking ESG reports of companies to reveal what is disclosed and what is hidden. NGOs have begun exposing businesses that do not acknowledge the negative impact of their operations. Last year, an environmental NGO, Shanghai Minhang Qingyue Environmental Information Technology Service Center, found that more than 11,900 companies had filed incomplete reports about sewage discharge. The administration is said to be empowering these NGOs to do such kinds of tasks.

Secondly, there should be an effort to improve governance in developing nations. As indicated by the study, better governance should, over time, ensure that trade with China does not trigger a rise in pollution. Plus, countries with such high-quality governance are also likely to make China accountable to pro-environmental standards, which will go a long way in forcing Chinese companies to adopt such practices in order to maintain their markets.