German Intel Warning: Do Not Give Data to Chinese Firms 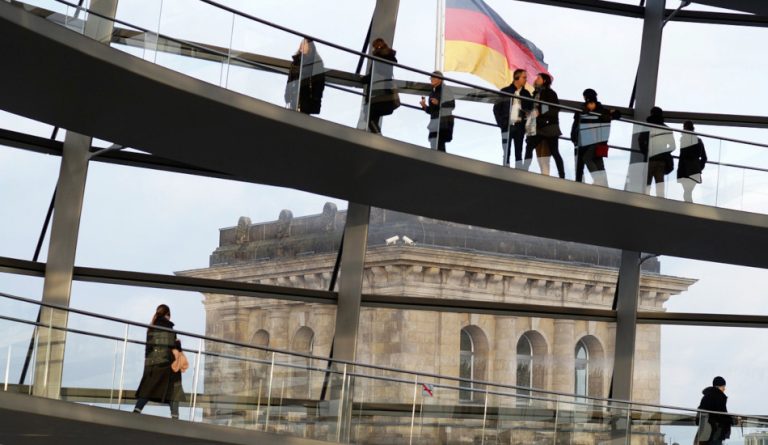 A report from Germany warns that customers who provide personal data to Chinese companies risk having it used by the Chinese government. (Image: via pixabay / CC0 1.0)

Germany’s intelligence agency BfV has warned in a recent report that customers who provide personal data to Chinese companies might end up having their details stored and used by the Chinese government. The report comes at a time when democratic countries across the world are considering restricting or banning Chinese tech companies and apps.

In the report, intelligence agencies point out that the Chinese government will always have access to all data stored in China by any Chinese company, including popular ones like Alibaba and Tencent. Even if these companies are operating in Germany, the data collected from German citizens is eventually stored on servers in China. Since Beijing mandates companies to hand over all data when required, it is inevitable that the personal data of German citizens will be accessed by the Chinese Communist Party (CCP) should there be a need for it.

“Any customer here in Germany who uses such a system shouldn’t be surprised if this data is abused in Beijing… We can only warn against this,” said the head of BfV, Thomas Haldenwang, as reported by ABC News. Germany has increasingly been concerned about the safety of the personal data of its citizens. Last month, Facebook was ordered to limit collecting data from its users. A Federal court order pointed out that Facebook has abused its market dominance to gather private information of its users without their informed consent. Lead judge Peter Meier-Beck stated that Facebook should give its users the choice to decide what they wish to reveal and what they do not wish to reveal.

There are also concerns about “hybrid threats” from China, including the possibility of the Asian nation buying critical German companies. Interior Minister Horst Seehofer noted that his country has yet to reach a final decision on whether to let Huawei supply equipment to build Germany’s 5G infrastructure. He believes that the protection of critical infrastructure should be a priority when dealing with China. In June, the European Commission, the executive branch of the EU, proposed that foreign investors using government subsidies be blocked from outbidding local competitors for European assets. Though China was not named, the move is said to be aimed at preventing Chinese state-backed businesses from buying up European companies.

Backed by funds from the Chinese government, state-backed companies are looking to buy up European firms that operate in critical areas like tech, military, aviation, etc. If they are allowed to do so, there is a serious risk of Europe ending up being played by the Chinese communist regime. Back in April, Peter Altmaier, the German economics minister, stated that the takeover of businesses involved in water, electricity, etc., should only be approved after the government is 100 percent sure that the intention of investing companies is not harmful.

Chinese apps and tech companies are now being seen as a huge threat by several countries. Recently, India banned 59 Chinese apps due to security reasons after the two countries engaged in a border conflict. It was reported that private information of users was being sent to China. Since India and China are currently in a conflict situation, it makes sense that the Indian government would ban Chinese apps to prevent any anti-India disinformation campaign that might be launched from Beijing. Earlier, India also passed a law that would restrict Chinese investments in India.

Meanwhile, the U.S. is said to be thinking of banning Chinese apps like TikTok. Secretary of State Mike Pompeo admitted that the administration is currently looking into the possibility of such a ban. The U.S. has already banned several Chinese companies from doing business in America. Moving forward, there is a good chance that Chinese apps and software will also be targeted, especially if bilateral trade relations do not show any signs of improvement.