The Story of a Coin 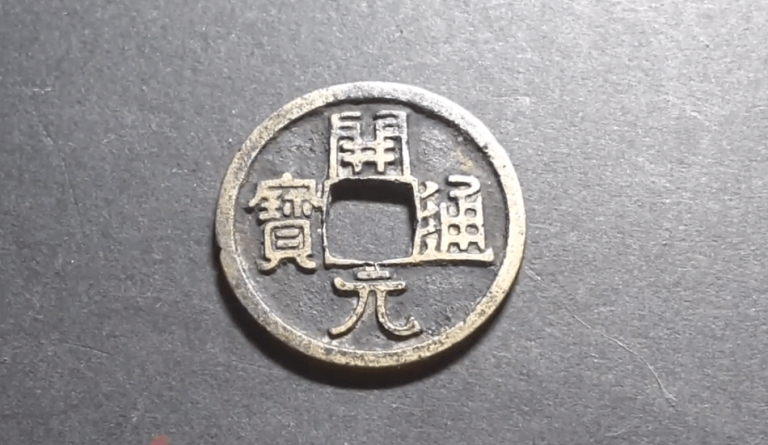 On his way home, a young man found a coin on the ground. (Image: Screenshot / YouTube)

There was a young man with little money who had to give up his school education to take care of his frail and sick parents.

On his way home, he found a coin on the ground. He heard the gardeners said they were thirsty, so he bought some water with that coin for them to drink.

The gardeners were grateful, so each of them gave him a bundle of flowers in return. He gave these flowers away when he passed a market. Those who got the flowers gave him a coin each in return. Now he had 8 coins.

When the young man was cleaning the garden and collecting the dead branches, a group of children nearby fought with each other over some candies. The young man bought candies with his 8 coins and gave them away to the children, teaching them not to fight for candies. The children were happy with the candies and helped him clean the garden and pick up the dead branches.

When the young man dragged these branches home, a cook saw that they were of good quality and would not yield smoke. He hoped to get them for his master, who had asthma and had to avoid smoke.

On hearing that, the young man gave away the branches to the cook, but the cook did not want to get them for free so he paid the young man 16 coins.

The young man went home with 16 coins and built a booth to sell drinks. Since it was hot in the summer, he also provided free water for the mowers who worked nearby. They were grateful for this.

People laughed at this silly young man for selling drinks at a low price and providing free water to those mowers.

One day, a merchant passed by and stopped for water. When he heard what the young man did, he approved of it and told the young man: “Tomorrow, a gang of horse sellers will be here with 400 horses; you can prepare more water.” On hearing that, the young man knew that the horses would need grass too. He told the mowers of his idea, and each mower gave him a bundle of grass, so the young man very soon had hundreds of bundles of grass.

On the second day, the gang of horse sellers arrived. They saw the bundles of grass while resting at the booth, and they asked to buy the grass. The young man said: “Take them if you want. I did not spend one cent on them!” The sellers laughed. When they left, they took away all the grass bundles and left 1,000 coins for the young man.

Several years later, the young man became a rich man. Although this is a simple story of success, the young man did not earn his success without a reason. He earned it because of his innate goodness and compassion.