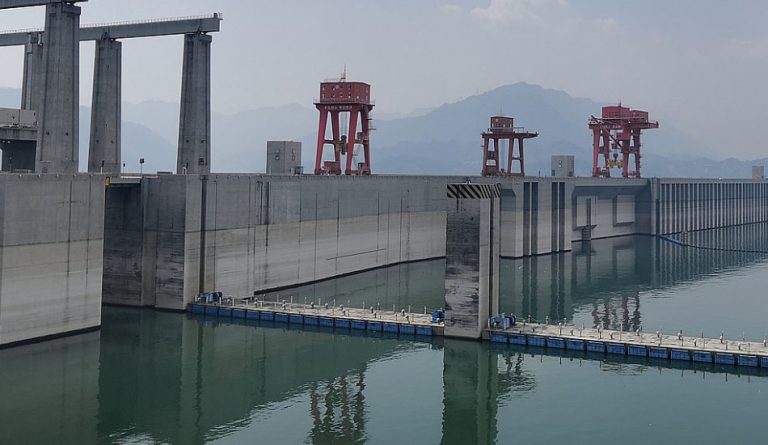 China is receiving the second-highest rainfall in over five decades and the results have been devastating. Large areas around the Yangtze basin and its tributaries have borne the brunt of the floods. The Three Gorges Dam was constructed in 2006 to control floods and has proven to be ineffective. And some are apprehensive about whether the entire structure itself is at risk of collapse. By mid-July, almost 37 million people were affected by the floods and thousands of homes had collapsed. Over 400 rivers have flooded, with more than 30 of them swelling to their highest-ever levels.

“One of the major justifications for the Three Gorges Dam was flood control, but less than 20 years after its completion we have the highest floodwater in recorded history… The fact is that it cannot prevent these severe events,” David Shankman, a geographer with the University of Alabama who studies Chinese floods, said to Reuters. Several experts had warned that damming too much water in the reservoir would raise the risk of earthquakes as well as damage the ecology surrounding the river.

Fan Xiao, a geologist from China, pointed out that the Three Gorges Dam might end up worsening the floods by significantly altering the sedimentation flowing down the river. He argued that the Three Gorges Dam is only partially capable of intercepting upstream floods and is completely powerless when faced with floods that are triggered by heavy rainfall in the lower and middle reaches of the Yangtze River.

Huang Wanli, a Chinese hydrologist, had opposed the idea of the Three Gorges Dam since it was first proposed, warning that the dam would end up causing disasters. However, the CCP disgraced and imprisoned him. Another hydrologist, Wang Weiluo, warns that releasing water from the Three Gorges will make the destruction up to 25 times worse. But one of Wanli’s sons, Huang Guanhong, states that there will be massive flooding whether the dam releases water or not. If the dam does not discharge the water, Chongqing city located in the upper stream will get submerged. And if the water is released, Wuhan downstream will be flooded.

According to the vice-minister of water resources, the Yangtze River region has received 1.5 to 2.6 times the rainfall this year when compared to the previous year. The level of water at the dam is apparently 162 meters, which is higher than the 145-meter level that the dam was built to hold. With so much extra pressure being exerted by the additional water, many are asking whether the Three Gorges Dam will collapse anytime soon. Though Chinese authorities claim that the dam will not break, a report by state-backed Xinhua surprisingly suggests that such a risk does exist. In the report, the operator of the dam revealed that the structure has “deformed slightly,” with some peripheral parts being damaged. Around 500 million people live in the region around the Yangtze River.

At a time when the Chinese citizens are panicking and seeking assurance of safety from the government, many of the top officials seem to have disappeared from the public eye. President Xi Jinping remained absent from the public for 21 days until July 21 and only made an appearance to host an economic seminar. He never even mentioned the severe floods that have affected millions of lives.

Some of the officials are said to have abandoned reinforcements on smaller dikes in a bid to protect the larger ones. Many of the thousands of people who now live in shelters do not have access to basic necessities like drinking water, raincoats, and tents.