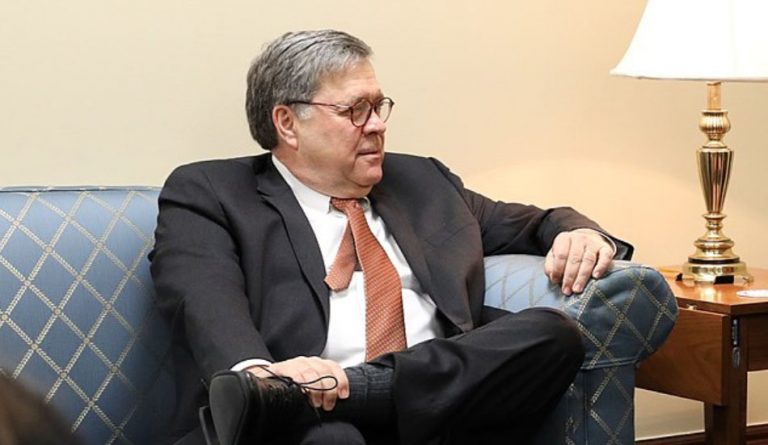 Barr warned that U.S. companies are succumbing to Chinese influence in pursuit of short-term profits, a move that will eventually harm freedom of expression in America. He criticized Cisco for aiding the CCP in building the most sophisticated Internet system and surveillance network. The Attorney General also drew attention to Apple’s decision to shift a section of their iCloud data to servers located on the Chinese mainland. He pointed out that this would allow the CCP to gain access to data stored in the cloud, something which would have been tough if the data were stored in the U.S. or any other free nation.

To prove his point that Apple was allying with the Chinese regime, Barr brings attention to the company’s decision to remove the Quartz app from the Apple store in China. Beijing had complained about the app’s news coverage regarding the Hong Kong protests. Apple decided to remove the app to pacify the CCP, thus becoming a participant in the Party’s brutal censorship. What is surprising is that Apple refused to cooperate with U.S. authorities who were investigating a domestic terrorist case and wanted to access data on two iPhones.

Barr highlighted Beijing’s attempts to “cultivate and coerce” business executives in the U.S. to advance the objectives of the CCP. This is a huge threat since the Communist Party will essentially be able to promote its ideology and plans in the United States by hiding behind American voices. The Attorney General had some harsh words for the double-standards employed by the Hollywood industry as well.

“Hollywood actors, producers, and directors pride themselves on celebrating freedom and the human spirit. And every year at the Academy Awards, Americans are lectured about how this country falls short of Hollywood’s ideals of social justice. But Hollywood now regularly censors its own movies to appease the Chinese Communist Party,” he said, as reported by CNBC.

Barr revealed that the Hollywood movie World War Z removed a scene that involved its characters speculating as to whether the virus in the movie had originated in China. Another company Barr criticized in his speech is Disney, which he says lobbied very hard to gain access to the Chinese market. Disney agreed to invest US$5.5 billion in a theme park in Shanghai as well as giving government officials a rule in management. Almost 300 of the 11,000 people employed at the park are active members of the CCP.

Beijing is said to be developing a 15-year blueprint, called the China Standards 2035, which will detail the country’s plans to set international standards for next-gen tech. The state government is apparently pushing local companies to be part of this effort. If China does succeed in its ambitions, it will give Beijing a huge advantage over other nations in future technologies like biotechnology, space technology, artificial intelligence, and so on.

Emily de La Bruyere, the co-founder of Horizon Advisory, warns that the success of China Standards 2035 will allow the normalization of Chinese rules in real and virtual domains. Beijing will be able to collect more comprehensive data from around the world and also have the power to shape that information as it wills.