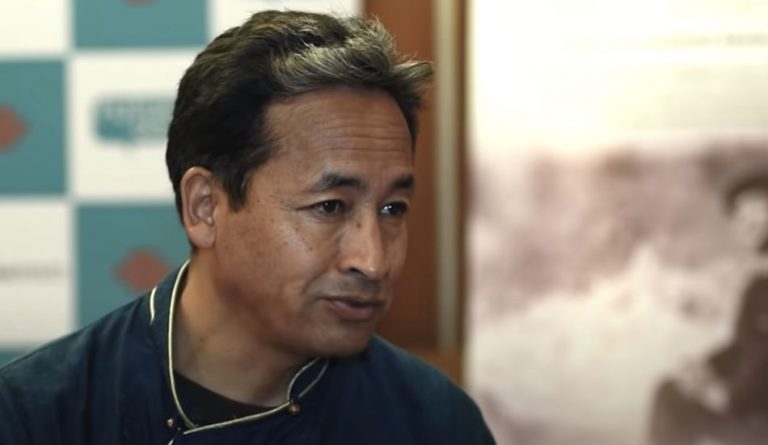 Sonam Wangchuk is an engineer and education reformist from India who is better known through the Hindi movie 3 Idiots, which is inspired by his life. He is spearheading an educational revolution in India, inspiring children to be taught in a more naturalistic way rather than stuffing them with excessive information.

Born in 1966 in Ladakh, Wangchuk was only enrolled in school at the age of nine. Until then, all his basic education was taken care of by his mother. In 1987, he graduated in Mechanical Engineering. Wangchuk was very unhappy with the educational system prevalent in Ladakh. In 1988, he started the Students’ Educational and Cultural Movement of Ladakh (SECMOL) together with his brother and peers. The organization aims to reform the government school system and help children in isolated villages to get an education.

Earlier, children in Ladakh were failing in the mainstream examinations in large numbers. In fact, almost 95 percent of Ladahki students used to fail at the board exams. Wangchuk implemented several measures to bring down the failure rate. As a result, the percentage of students who pass the matric exams rose from 5 percent in 1996 to 75 percent in 2015. Wangchuk believes that learning should be contextual since children are less likely to forget what they are learning when information is given to them within some context. However, if children are solely made to read, write, and memorize information that has no relation to any context, they find it hard to remember. And this is one of the biggest reasons for the poor academic performance of many children.

Wangchuk reminds us that education should be about solving problems and making the world a happy place. But if education ends up torturing children to blindly perform the expected “school rituals,” such education is no longer useful. Wangchuk thinks that the world needs a bit of “de-schooling” so that children can gain knowledge organically. He wants adults to trust teenagers more rather than treating them as if they are incapable of rational thought.

In 2014, Wangchuk began his “Ice Stupa” project to help the farmers in the region fight the water crisis. He soon built a 2-story prototype ice stupa capable of storing about 150,000 liters of water. In 2016, Wangchuk went to Switzerland and built the first ice stupa in Europe.

After the recent Indo-China skirmish at the border, Wangchuk has become a strong anti-CCP proponent, actively campaigning against the communist regime. He wants India to boycott Chinese products, not only for economic or military reasons, but also for uploading ethical values. Wangchuk points out that the Chinese regime exploits its own people.

“It is the regime which is making cheap goods to plug the world and kill every industry by violating labor rights, human rights, environmental rights at home. They subsidize artificially and manipulate currencies. These are the reasons why Chinese goods are cheap. We should boycott Chinese products for ethical reasons, just like we boycott products to oppose child labor or products which involve cruelty to animals. Same ethics apply here too,” he said to Outlook.

Wangchuk wants the Indian government to provide as much support as possible to the young entrepreneurs in the country. He feels that this is a golden opportunity for India to emerge from its decades of poverty and shine brightly as a global superpower. After all, the world is looking for an alternative to Chinese goods. Wangchuk warns that if India does not rise to the occasion, such an opportunity might not come again.