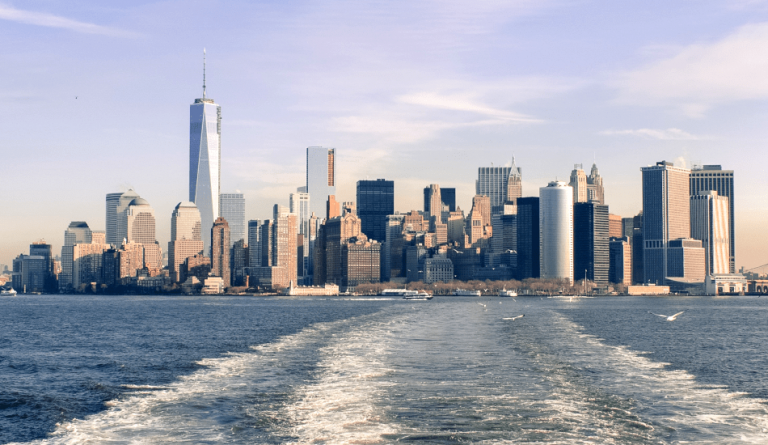 One of the few positives that has emerged from the pandemic is the fact that people around the world are seeing a cleaner, greener environment. (Image: Pexels via Pixabay)

While the CCP coronavirus pandemic is nothing short of a global tragedy, with more than 100,000 confirmed dead, millions sickened, and tens of millions out of work, it’s hard to find a silver lining to the crisis. One of the few positives that have emerged from the pandemic is the fact that people around the world are seeing a cleaner, greener environment.

Lockdowns in many industrialized countries have forced factories to shut down and white-collar workers to do their jobs remotely. The reduction of public activity to largely essential business has seen a corresponding drop in pollution, a prevalence of clearer skies, and even cleaner water. Some experts suggest the phenomena could inspire the next wave of environmental awareness.

A study of 10 major cities by IQAir, a global air quality information and tech company, found that deadly particulate matter (PM), very small air particles harmful to health in the atmosphere, declined by up to 60 percent during a three-week lockdown period. Seven of these cities saw a huge change in air quality. Delhi, India, which has some of the most polluted air in the world, saw a 22 percent decline in PM 2.5 levels and a 15 percent decline in nitrogen dioxide on the first day of the lockdown.

March air pollution in Paris dropped by 46 percent when compared to the previous five years. For Sydney, it was 38 percent, Los Angeles at 29 percent, and Rio de Janeiro, 26 percent. Rivers and other water bodies across the world have become cleaner since industries (and individuals) are not dumping their waste anymore.

In Venice, Italy, the lack of tourists made the canals the cleanest in anyone’s memory. What used to be murky is now so clear that fish can now be seen swimming in the city’s famed waterways.

Many people have also reported seeing animals roam freely in areas outside their normal range. In England, some rare goats were seen recently. Animals like monkeys, pumas, pigs, etc., have been observed in urban areas. “It is giving us this quite extraordinary insight into just how much of a mess we humans are making of our beautiful planet… This is giving us an opportunity to magically see how much better it can be,” conservation scientist Stuart Pimm of Duke University said, as reported by Yahoo News.

The experience of breathing cleaner and seeing better is making many realize what they’ve been missing all these years. Since most youngsters today only have the memory of growing up in a polluted atmosphere, such fresh air has infused them with some profound realizations. It is possible that the global movement to cut down pollution will grow stronger in the coming years.

Lockdowns could even act as an incentive for governments to enact laws to curb pollution, with companies actively participating in such efforts. In South Korea, the recently re-elected government has pledged to phase out coal power after the country’s people noticed much cleaner air as a result of thinner traffic and industrial activity.

However, it remains to be seen whether such efforts can be carried out in a way that does not cripple the economy, or leave people unable to make a living. In particular, those in developing nations often do not have the luxury of savings or unemployment benefits needed to help them weather prolonged economic trouble. And COVID-19 itself remains an acute health risk for millions of people potentially exposed to it.

Traditional air pollutants such as nitrogen dioxide, smog, and PM are responsible for the deaths of an estimated 7 million people a year, according to Health Effects Institute president Dan Greenbaum.

Moreover, recent research by Harvard University warns that just a small increase in air pollution makes COVID-19 even deadlier. The study looked at air pollution and COVID-19 deaths across 3,000 U.S. counties and concluded that if the PM 2.5 level increased by just 1 microgram per cubic meter, it would trigger a spike in the COVID-19 death toll by 15 percent.

NASA atmosphere scientist Barry Lefer noted that the air between Boston and Washington is the cleanest since 2005 when the space agency began using a satellite to measure nitrogen dioxide levels in the U.S. northeast.

Nitrogen dioxide is a short-lived pollutant mostly caused by burning fossil fuels. As such, reductions in motorized travel, power generation, and other relevant activity manifest quickly as cleaner air.

This presents a major problem to the world governments. Many countries are already planning to end the lockdowns. This will obviously lead to more polluted environments as vehicles and industries will generate pollutants just as they normally do. If the coronavirus has not been eradicated, it would mean that more people will contract and die due to COVID-19, making the situation grave indeed. Low and middle-income nations may end up being the most affected by such a situation. Hopefully, wearing masks and taking precautionary measures might be able to mitigate this risk to a good extent.