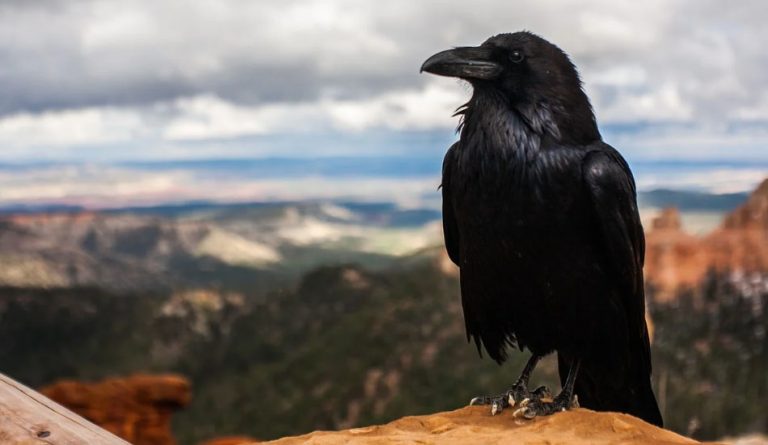 If you think animals do not have the emotional capacity to be thankful to those who help them, the story of Stuart Dahlquist and his crows should change your mind. He has been feeding a family of crows in the backyard for about 4 years. In return, the crows gave him a gift for taking care of them!

Several years back, Dahlquist came across two chicks from a family of crows that had fallen out of their nest and were struggling in his front yard. The parents were unable to help them. “[The chicks] were almost able to fly, but instead were just running around the yard — their parents squawking… I caught the two of them and got them into a tree. I put some food and water underneath them in case they fell again… The adults were really pissed off… but seemed to begin paying more attention to us,” he said to The Dodo.

Dahlquist then started to throw some food in his front yard on a regular basis, something that the crows soon noticed and were quite happy with. Last March, when he was preparing for the daily feeding schedule, Dahlquist noticed there was a fir sprig at the exact spot where he feeds the crows. And the fir was decorated with a soda can tab. The very next day, he received another fir sprig decorated with the soda tab, something that blew Dahlquist’s mind since it clearly indicated that the crows were gifting him things.

Dahlquist uploaded a picture of the sprigs on his Twitter account, which went viral and has garnered more than 34,000 likes and 10,000 retweets. The crows have grown very close to Dahlquist. When he’s walking, the crows will fly with him, landing on nearby branches or wires along the path. When they feel hungry, the crows land on the fence and make noises to indicate that they want to be fed.

According to animal behaviorist Kaeli Swift, the gifting behavior of crows is something that she has never encountered before. However, she does accept that it wouldn’t be surprising if some crows did act in such a manner. Swift believes that the incident is a clear example of how crows around us are actually watching and observing us rather than just mindlessly standing there, essentially “data mining” human beings to identify the best way to manipulate us.

Crows can not only recognize individual human beings, but they can also make tools and learn from one another. Conservation ecologist John Marzluff points out that wild crows are known to leave behind items like bones, keys, lost earrings, etc., to people who feed them, something he categorizes as gifting. A study done in 2014 by an Austrian university found that crows and ravens exchanged objects with human experimenters they were familiar with. Given this evidence, it isn’t surprising that Dahlquist’s crows left him some items to show their appreciation.

A paper published in 2019 found that crows tend to behave more optimistically after they use tools. Co-author of the report Dakota McCoy theorizes that this habit probably indicates that crows get a sense of self-satisfaction from doing things they are good at or have trained for a long time. He believes that the study can be applied to other creatures as well, especially captive animals. By providing them with complex tasks, the welfare of such captive creatures might be improved.