China’s Children Left Behind by Climate Change and Urbanisation 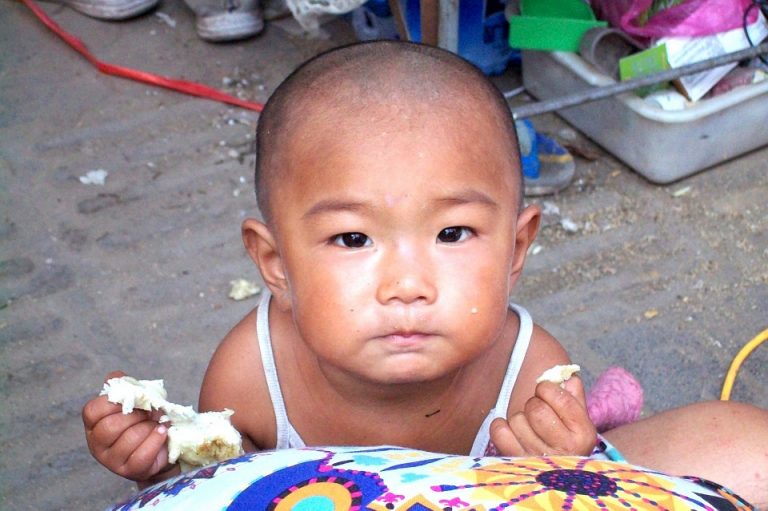 These children are at greater risk of disenfranchisement, homelessness and poverty, and juvenile crime. (Image: via pixabay / CC0 1.0)

A UNSW report considers China’s children affected by migration and climate change, and the necessary social policy reforms required to protect their rights. The expansion of protections for China’s migrant and “left-behind” children is essential for the nation’s continued economic and social wellbeing, according to a Social Policy Research Centre (SPRC) paper.

The landmark study, commissioned by UNICEF China, examines child rights in China in the context of migration, urbanization, and climate change. It approaches the issue from a human rights perspective and maps systemic changes to promote child protection in the future. UNSW SHARP Professor Bingqin Li, who led the research, said:

“China is experiencing massive urbanisation and severe environmental challenges such as pollution and local climate change. Cities suffering from heat island effects and extreme weather conditions are becoming much more frequent across the country.”

Rural families migrate to cities voluntarily or involuntarily, temporarily and permanently. She said:

“People may move from rural to urban areas as urban employment becomes more attractive, as  farmers’ lands are acquired or as climate change makes agriculture less reliable to sustain livelihoods. The research asks: in the context of urbanisation and climate change, what is child vulnerability, what are the factors behind the vulnerability, and what needs to be done to improve the situation?”

Child migration or children being “left-behind” as a result of urbanization and climate change poses serious risks to children’s lives, development, and wellbeing. These affected groups represent a significant percentage of China’s population, and consequently, there is an effect on Chinese society and the economy. Prof. Li said:

“The 2010 Census data shows that among the 278.1 million children, aged 17 and under, about 35.8 million were migrant children who had relocated to urban areas. Another 69.7 million children were left in the villages by their migrant parents.”

Rural children who migrate to China’s cities can face institutional barriers to accessing quality education and healthcare, including discrimination. For example, Hukou, a system of population registration and an important record for social service access, for many years prevented rural children from entering into urban schools, and it is still difficult for them to attend university entrance exams in cities, she says, adding:

“Historically in China, unless specially approved, you had to stay where your Hukou registration was filed — this is a pre-1978 Central Planning idea — and all your welfare would be taken care of. However, social services were slow to adapt to the migration trend. Policy reform to support the rights of the many children without urban hukou and grant them the same entitlements as urban local children is urgently needed.”

While the government’s pro-economy approach has brought a degree of prosperity, this economic growth has resulted in inequities, and corresponding changes to child protection have been slow to catch up, she says. There is a need to address this gap to ensure greater social and economic progress.

Additionally, the vulnerable position of migrant children means they are more susceptible to exploitation. Associate Professor Xiaoyuan Shang, an expert in social welfare and child protection in China at SPRC and a co-author on the report, said:

“As such, these children are at greater risk of disenfranchisement, homelessness and poverty, and juvenile crime. The expansion of the emerging child protection system will help keep children affected by migration safe from violence, neglect, accidental injury and sexual abuse, as will the provision of youth centres for migrant children to attend while their parents are working.”

Equally, children left behind in rural areas are at risk of alienation, neglect and abuse, and marginalization. The wellbeing of rural children would be improved through access to basic services such as healthcare, water, and sanitation facilities, the report found. Prof. Shang said:

“It is important for China to offer protection to these children for the wellbeing of children and for the good of society as a whole. However, most important is the right of China’s children for improved services immediately.”

The policy developments needed to improve children’s ability to secure their rights are not straightforward, Prof. Li says. They range from enhancements in health services and governance to accessible education, poverty reduction, and natural disaster responses. She added:

“Many of these issues occur in multiple policy domains, and effective policy responses would require the collaboration and coordination of many different stakeholders. The responsibility for improving child protection requires inter-sectoral co-operation between the state, non-government organisations, and civil society.”

A number of important policy measures have improved the lives of migrant and left-behind children, particularly regarding access to, and quality of, healthcare and education. A rights approach can help to identify unresolved issues and provide benchmarks for further improvements. Prof. Li concluded by saying:

“After all, many of the challenges to children’s rights we outlined in our report will only worsen as children’s lives are increasingly affected by natural disasters caused by human actions. Their need for support will continue to expand unless broader efforts are undertaken to limit the risks of natural disasters and to contain climate change effects.”

Provided by: Kay Harrison, University of NSW [Note: Materials may be edited for content and length.]