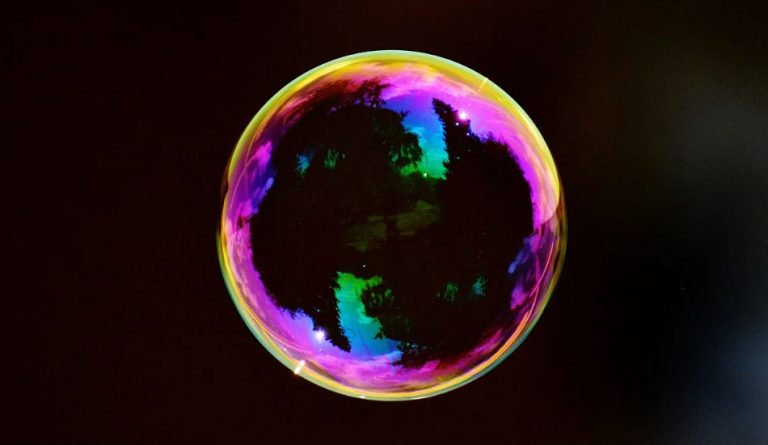 A team of scientists from Japan is using soap bubbles for pollination. (Image: Pixabay / CC0 1.0)

Scientists from Japan have invented a brand new way of conducting pollination in farming lands — soap bubbles. The study, conducted at the Japan Advanced Institute of Science and Technology in Nomi, successfully pollinated a pear orchid by delivering the pollen grains to flowers. The quality of fruits from bubble pollination is said to be at the same level as that produced through hand pollination.

Eijiro Miyako, the senior author of the study, had earlier tried to use a small drone to pollinate flowers. This ended up in failure since the drones often collided with the plants, damaging them. However, a day at the park with his son showed him a new path toward achieving pollination. While blowing soap bubbles, one of them hit his son’s face and exploded. Miyako realized that soap bubbles could be used to deliver the pollen grains without damaging the flowers.

Miyako and his team loaded a soap solution together with pollen grains into a bubble gun and released the bubbles into a pear orchard. Each bubble contained around 2,000 pollen grains. After confirming that the bubbles did reach the targeted flowers, the team used a GPS-controlled drone to automatically blow out soap bubbles. From a height of 2 meters, the soap bubbles from the drone succeeded in hitting the targeted flowers 90 percent of the time. The drone moved at a speed of two meters per second.

“In comparison with other types of remote pollination, functional soap bubbles have innovative potentiality and unique properties, such as effective and convenient delivery of pollen grains to targeted flowers and high flexibility to avoid damaging them… I believe that further innovative technologies, such as state-of-the-art localization and mapping, visual perception, path planning, motion control, and manipulation techniques would be essential for developing autonomous precision robotic pollination on a large scale,” Miyako said to Science Daily.

The farmers in the pear orchard, as well as in other places in Japan, tend to use feather brushes to hand pollinate the trees. But compared to the new bubble pollination method, this is an inefficient process. A feather brush applies almost 1,800 milligrams of pollen to a single flower. In contrast, a soap bubble only has about 0.06 milligrams. This essentially means that farmers need far less pollen to pollinate the flowers if they use the soap bubble method.

However, the technique is not without drawbacks. For one, many of the soap bubbles failed to land at the target flowers, essentially getting wasted. Secondly, the weather plays a key role in bubble pollination. Raindrops can easily wash off the bubbles from the flowers. If strong winds are blowing across the farmland, the bubbles will be taken somewhere far away.

In January, Israeli agritech startup Edete unveiled an artificial pollination technology that is capable of replacing insect pollination. Currently, almost 75 percent of global nutritional diversity is dependent on insect pollination, meaning that the world will be in dire straits if these creatures were to get harmed on a large scale. Edete’s solution mirrors the pollination methods of honey bees in two steps.

First, the artificial tech mechanically harvests the flowers, separating the pollen and storing it for over a year. Second, during crop blooming, the stored pollen is loaded into a pollinator that distributes it on the trees. The pollinator uses LIDAR technology to sense the trees. The technology has been successfully tried in almond orchards.