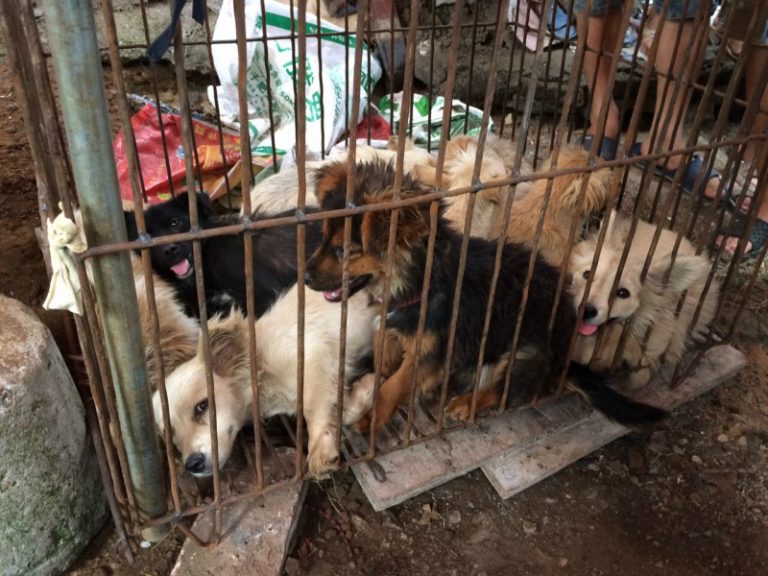 In June, Yulin City in China held its annual dog meat festival, infuriating pandemic experts and animal rights activists. Six months since the COVID-19 outbreak, one would think that the Chinese government would be stricter in its control over meat markets. After all, COVID-19 did emerge in one of the wet markets that reportedly sold exotic meat (according to their version). However, instead of curbing such activities, authorities seem to have turned a blind eye toward them.

The COVID-19 crisis had already created a negative perception of the Chinese regime, which made Beijing take an anti-dog meat stance to create a more favorable impression. Until May this year, several Chinese officials had criticized the dog meat festival in Yulin. The Agriculture Ministry and Rural Affairs ministry had issued statements that dogs should be considered companions and not livestock. In February, even the administration of Yulin had issued a notice that it would curb dog meat consumption in a bid to control the spread of COVID-19.

However, all that changed in June when the dog meat festival was conducted with local support despite strong international condemnation against it. Local authorities largely remained quiet during this time rather than taking strict action against it. “Coronavirus pandemics are caused by a huge concentration of animals of different species — animals with compromised immune systems… Dogs at the fair are in great concentration, with most dogs either dying or with illness. The cross-infection is serious. It is a potential breeding ground for an outbreak of an epidemic,” Dr. Peter Li, a China policy specialist with Humane Society International, said to CBS News.

The dog meat festival is well-known for how brutally the creatures are treated. Some of the videos on the Internet show dogs being cooked in oil or burned with a blowtorch while alive. This apparently stems from a superstition that dog meat tastes better when the creature is cooked alive rather than dead. Thousands of dogs can be seen crammed into dirty, tiny cages on the road. Dead dogs are exhibited hung from their necks.

The Chinese Internet is split into two groups regarding the issue, with one side claiming that banning dog meat is the humane thing to do while the other stating that eating dog meat is a Chinese custom. Some argue that the campaign to ban dog meat is a “Western conspiracy.” According to one estimate, almost 4 million cats and 10 million dogs are killed every year for meat in China.

The COVID-19  outbreak has triggered one of the biggest declines in meat consumption at the international level according to data from the United Nations Food & Agriculture Organization (FAO). This trend is expected to continue for the next few years. As compared to 2019, meat consumption fell by 3 percent this year, the biggest slump since 2000.

As far as the U.S. is concerned, researchers from the University of Missouri’s Food & Agricultural Policy Research Institute point out that per capita meat consumption won’t reach pre-COVID-19 levels for at least the next five years. Boston Consulting Group states that the massive decline in meat consumption in America had been triggered by the large-scale shutdown of the foodservice industry, which accounts for almost half of all meat consumed out of home in the U.S.

In China, consumers are said to be losing confidence in meat, with an increasing number of people opting for a plant-based diet. The Chinese branches of Starbucks even introduced a vegetarian menu. Some predict that China’s consumption of pork might fall 35 percent from regular levels. This will have a huge impact on the global pork market since China basically accounts for almost half the share.