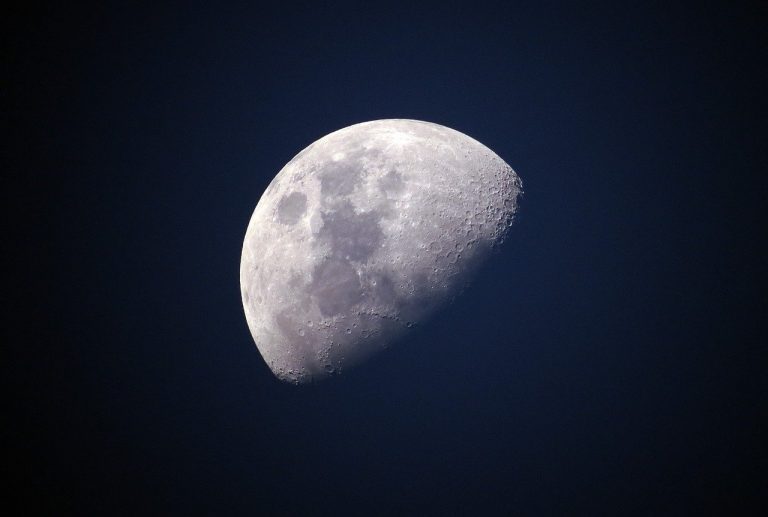 The gel-like substance was discovered in a crater during the eighth lunar day of the rover's mission. (Image: via pixabay / CC0 1.0)

The unusual dark greenish and glistening “gel-like” substance in a crater on the far side of the Moon has attracted widespread interest following its discovery by the Chang’e-4 rover in July 2019.

A research team led by Prof. Di Kaichang from the Aerospace Information Research Institute (AIR) of the Chinese Academy of Sciences and their collaborators analyzed the substance in detail by using multiple datasets from the rover’s panoramic camera (Pancam), hazard avoidance camera (Hazcam), and the visible and near-infrared spectrometer (VNIS).

The researchers found that the unusual substance is actually an impact melt breccia, and the provenance of the rover measured surrounding regolith might originate from a differentiated melt pool or from a suite of igneous rocks. Their findings were published in Earth and Planetary Science Letters. China’s Chang’e-4 probe, including a lander and a rover, successfully touched down within the 185-km-wide Von Kármán crater inside the South Pole-Aitken (SPA) basin on January 3, 2019, making the first-ever soft landing on the lunar far side.

The gel-like substance was discovered in a crater during the eighth lunar day of the rover’s mission. Detailed measurements on the breccia and surrounding regolith were conducted during the ninth lunar day. The discovered breccia, measuring 52 by 16 centimeters, resembles the lunar impact melt breccia samples 15466 and 70019 returned by the Apollo missions. It was formed by impact-generated welding, cementing, and agglutinating of lunar regolith and breccia.

Clods surrounding the breccia-hosting crater were crushed into regolith powders by the rover’s wheels, indicating the regolith may have been compacted slightly and become blocky and friable. Hapke model-based spectral unmixing results showed that plagioclase was abundant, and pyroxene and olivine had almost equal fractions, indicating the regolith was likely the weathering products of noritic rocks.

The regolith measured by the Chang’e-4 rover was actually a mixture of multiple sources, with ejecta from Finsen crater being primary and possible contributions from Alder crater. The Finsen and Alder craters are on the margin of the proposed impact melt pool produced by the SPA basin-forming event. Therefore, the provenance of the regolith might originate from a differentiated melt pool or from a suite of igneous rocks.