How Kenya Is Reviving Ancient Traditions 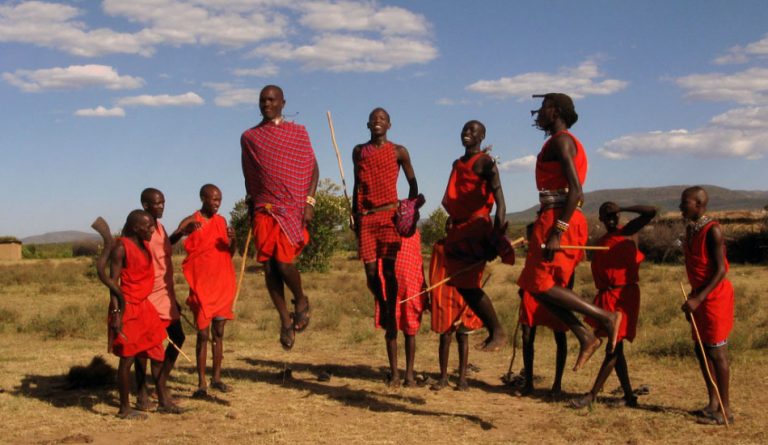 Modernity has gifted humanity with many good things. In the process, many practices have been blindly cast out on the pretext that they are useless or outdated. This has created a sense of loss for numerous cultures around the world, with many communities feeling that disregarding their traditions has somehow destroyed their close-knit societies. Some have realized that their ancient traditions still have value in the modern world. In Kenya, there has been a movement to revitalize ancient practices.

Among the Tharakan community, there used to be a practice called “Muriira.” This was a ritual that was practiced by the tribe when the community was threatened with any kind of pestilence or illness. The word “Muriira” essentially means to stop or cast away.

“The Muriira ritual calls for people to provide and prepare sacred seeds — millet and finger millet — and also to source wild herbs for the Elders to use. These need to be prepared in specific ways over the eight days of the ritual, which is something the community members can also help with, under the instruction of the Elders,” according to Terralingua.

Using specific plans, the tribe members make marigi, which are small models that look like closed doors. When all ingredients of the ritual are ready, people pray sacred chants during a procession in their community under the leadership of their Elders. The Elders then dig a hole and bury the marigi on all the roads leading to the community. The practice has picked up in the current COVID-19 pandemic scenario, even with people who never used to believe in these rituals willing to donate for its success.

Kaya basically refers to the Mijikenda tribe’s ancestral villages that are surrounded by forests. Over the past few decades, many community members have moved close to the farms outside the forests for a better life. However, they remain committed to taking care of the kayas due to their ancestral links to it. There are about 45 such kayas in Kenya. Ranging from 10 hectares to 900 hectares, these kayas are biodiversity hotspots. Almost 25 percent of Kenya’s rare species is said to be in the kayas.

Activities like mining, illegal logging, land grabbing, and agricultural encroachments are damaging the kayas, bringing great harm to Kenya’s animal and plant species. Many NGOs have been formed, which in association with the tribal Elders, strengthens the traditional kaya management practices, as well as restores destroyed forests.

Some members are concerned by the younger generation’s disinterest in traditional practices and neglect in protecting the kayas. Poverty is also a big challenge when it comes to protecting the kayas. The economic resources provided by the kaya forests are too great an attraction for impoverished communities that it becomes tough to protect the kayas from encroachment and eventual destruction.

A few years back, members of the Borana community used to lose a large number of cows due to frequent droughts. Given that the tribe’s income was largely derived from pastoralism, the loss of cows became a survival issue for the community. Prior to 1963, the Borana used to manage the land in “Dedha” units. Basically, a council of Elders used to decide on resource allocation, solved disputes, and maintained social order among the tribes. This ensured that the community’s use of pasture and water was within reasonable levels so as to allow the members to withstand droughts.

After becoming independent in 1963, the Kenyan government refused the authority of Dedha councils. Instead, police intervention was used to manage any resource allocation dispute. As a result, farmers were allowed to let their livestock graze without any limits, causing water to deplete before the dry season even ended. Almost five decades later in 2011, the tribes decided to bring back the Dedha council system. In a few short years, pastoralists stopped complaining about dead cattle from droughts.