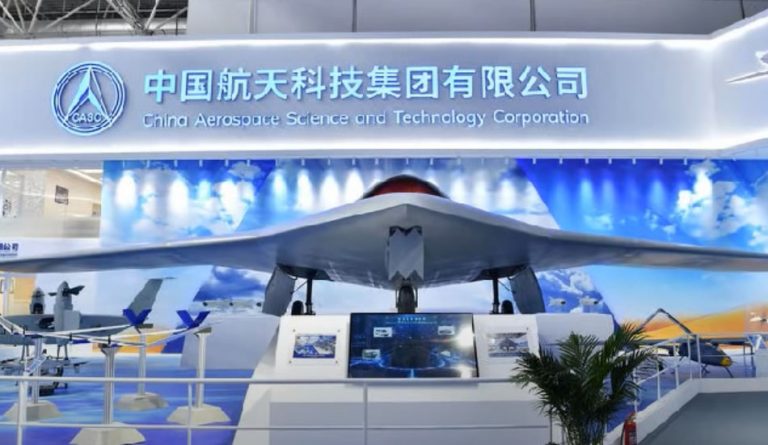 With drone technology advancing at a rapid pace, the defense departments of various countries are investing heavily in the tech. The probability of having an AI-driven swarm of thousands of UAVs that can strategize with each other and attack opponents based on real-time data is indeed an attractive proposition for countries. Inevitably, the Chinese too have their own drone projects, with Sky Hawk being the one that has attracted the most attention.

It was in 2019 that China first revealed a video showcasing the Sky Hawk stealth drone. The drone is apparently equipped with cutting-edge technology that will enable it to fly faster for longer distances. Plus, the Sky Hawk will also feature improved escape detection, meaning that enemies will have a tough time identifying the drone in their territory and shooting it down. The UAV has been developed by the China Aerospace Science and Industry Corp., a state-owned company.

The flying wing of the drone has an aerodynamic design that is similar to the U.S. military’s B-2 stealth bomber. It is a high-altitude drone aimed at patrol and reconnaissance missions in “hostile environments.” With a wingspan of about 10 meters, the drone is said to have similar looks to Lockheed Martin’s X-44A drone. As to its stealth capabilities, the overall shape of the Sky Hawk cuts down lots of reflective surfaces. The Sky Hawk reportedly has the capability of teaming up with manned aircraft, due to which it can also act as a strike UAV.

The United States military is also looking into such a concept, with unmanned vehicles like the MQ-1 Predator and MQ-9 Reaper evolving from solely being surveillance tech. At present, these drones have been armed with missiles and are one of the oft-used weapons for airstrikes rather than pilot-controlled jets. This allows the Pentagon to reduce military casualties on its side.

China is developing drones to catch illegal UAVs. Called the “fighting drone,” the vehicle will fire a net over the targeted drone, thereby disrupting its flight and making it fall down. According to a military expert, the drone can also do surveillance, tracking, and bombardment missions. Since it shoots a web to bring down the target, Internet users are nicknaming it the “Spiderman” drone.

“The drone was designed and created by China Aerospace Science and Industry Corporation, a large, state-owned company directly managed by China’s central government. A camera is installed under the drone to help it locate targets. Two launching cylinders are attached to the monitor, ready to cast the net… the drone can automatically identify other unauthorized drones in airspace and carry out interceptions,” according to the Daily Mail.

The tech used in “Spiderman” drones provides two benefits for its users. First, it can bring down any illegal drone without causing debris to fly down to the surface. As such, it is quite safe for use in public areas. Imagine trying to shoot down a drone, only for it to explode and endanger lives. The “Spiderman” drone basically avoids such tragedies. The second is that as soon as the net touches the targeted drone, it will instantly fall down. There is no escape. The tech only works against small, low-flying drones that are used by the public and not the large drones deployed by the military.