Chinese Virologist Calls for the Chinese Communist Regime to Be Overthrown 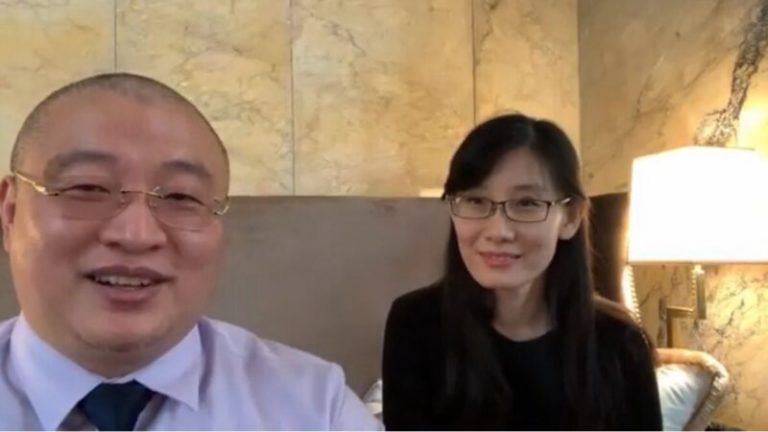 Dr. Li-Meng Yan, an expert in virology and immunology who fled to the U.S. in April, made another public appearance on an interview by Lu-De Media. (Image: NTDTV)

Dr. Li-Meng Yan, an expert in virology and immunology who fled to the U.S. in April, made another public appearance in an interview by Lu-De Media. In it, she continues to tell the truth about the coronavirus and the Chinese Communist Party (CCP) hoping that the world can see the true colors of the tyrannical regime and help the Chinese people overthrow it.

The interview was released on July 28. Dr. Li-Meng Yan said that coming all the way to the free world, her utmost mission is to reveal the cover-up of the highly infectious CCP coronavirus by the Chinese government. She chose to do so because she could not bear to see innocent Wuhan medical personnel and patients being exposed to the deadly virus without knowing it.

Li-Meng Yan points out that the origin of the outbreak was from the Chinese military. She came to such a clear conclusion after careful analysis as a scientist. The virus was from a military laboratory in China. The Wuhan seafood market was purposefully used as a front to mislead the public. Her supervisors ignored her findings, so she turned to outside sources for help as she “would never be idiotic enough to turn to the Chinese government.” She managed to send out important information about the virus through the help of reliable media.

“As soon as I speak out, like all other brave protesters in Hong Kong, I will be made to disappear at any time. Even my name can disappear as it has never existed.” In fear of that possibility, she feels it is her responsibility to expose her findings before being made to disappear.

In an earlier interview released on July 25, Li-Meng Yan admitted she has solid proof on hand to show that COVID-19 is neither a natural virus nor did it originate in the Wuhan seafood market. Since her arrival in the U.S., she has been working tirelessly on the consolidation of proof of its true origin.

Born in Shandong, China, Li-Meng Yan worked in Hong Kong for the School of Public Health of the University of Hong Kong. The laboratory she worked for was among the top in the world for coronavirus studies.

On April 28, Dr. Li-Meng Yan succeeded in fleeing to America. On July 10 in a Fox News interview, she made her first public appearance and revealed that the World Health Organization (W.H.O.) and the Chinese government covered up and fed edited information on the origin and spread of COVID-19 to the world. She stated: “This is nothing to do with politics. This is about whether all the humans in the world can survive.”

Yan claims the Chinese government knew of the novel coronavirus in December 2019. More than 40 people were already infected. Hong Kong was still clear at that time. In early January 2020, she reported her findings to her supervisor, Dr. Leo Poon, Head of the Division of Public Health Laboratory Science of the University of Hong Kong. Malik Peiris, a visiting professor and co-director of the W.H.O. lab, also knew of it but both failed to pass on her findings.

Yan knows how the Chinese communist government treats whistleblowers to cover up the virus and the spread. That led to her flee to America.

Wang Youqun, a former aide to the former Secretary of the Central Commission for Discipline Inspection of the Chinese Communist Party Yu Jianxing, remarks that Dr. Li-Meng Yan is a genuine virologist and among one of the earliest scientists who researched COVID-19. As more and more of China’s “unrestricted warfare” that goes beyond the bottom line of law and ethics is being exposed, more and more Chinese people with a good conscience stand up to fight against the tyrannical regime. Li-Meng Yan is one of them.