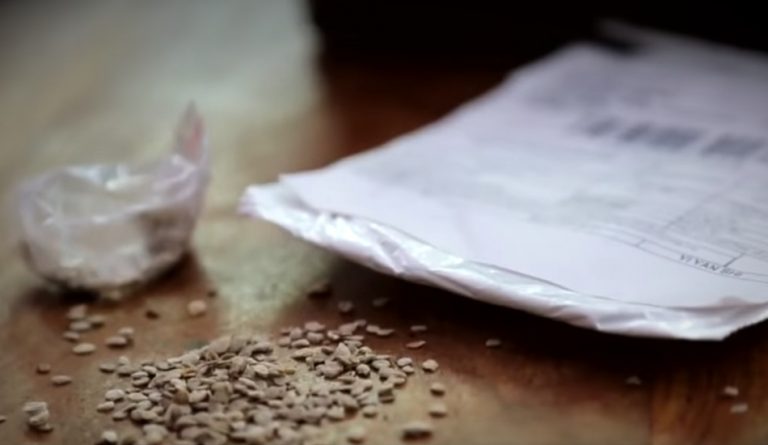 People from several states in the U.S. were recently shocked when they received plant seeds from China. (Image: Screenshot / YouTube)

People from several states in the U.S. were recently shocked when they checked their mailboxes — they had received plant seeds from China. All 50 states immediately issued warnings against planting the seeds. Many of the seed packets came with false labels that indicated that they were jewelry. The U.S. Department of Agriculture (USDA) has identified 14 species among the hundreds of packets.

Experts initially believed that the seeds might be infectious or invasive. If the seeds were planted, they might go on to infect other nearby plants. The Washington State Department of Agriculture warned that the seeds could even be harmful to livestock. The U.S. tightly regulates seed introduction in the country, with the Plant Protection and Quarantine program laying down strict rules on the importation of seeds and plants.

“Invasive species wreak havoc on the environment, displace or destroy native plants and insects, and severely damage crops… Taking steps to prevent their introduction is the most effective method of reducing both the risk of invasive species infestations and the cost to control and mitigate those infestations,” the Virginia Department of Agriculture and Consumer Services said, as reported by The News Tribune.

Another leading theory that has emerged is that the seed packets are part of a brushing scam in which third-party sellers send goods to people who haven’t ordered them and then write glowing reviews about the products on behalf of the recipient. If this were true, it would essentially mean that the online data of people who received the seed packets have been compromised. Brushing scams are used by sellers to boost their standing on e-commerce sites in order to gain more sales.

If you have received seed packets, the USDA and Better Business Bureau recommend that you follow their guidelines. First, keep the packaging and mailing label of the packet intact. Avoid tearing it open. And if by chance you do open it, do not plant the seeds. It is still unclear as to what negative effects the seeds will have. Do not discard the seeds in the trash since they could end up in landfills where they could grow and thrive.

Call your state plant regulatory officials or the national Animal and Plant Health Inspection Service (APHIS) agency and inform them about the issue. Regularly check websites of the USDA and state agencies for updates regarding the seed packets. Finally, check your banking records, credit card use, e-commerce accounts, social media platforms, etc., to ensure that nothing illegal is happening. It is recommended that you change the passwords of these websites.

According to a report published last year, more Americans are being duped by scams than ever before, losing millions of dollars in the process. Platforms like Carousell, Amazon, Facebook, etc., are the platforms of choice when it comes to e-commerce scams.

One of the most often used scams is offering people something that they want but cannot get anywhere else other than from the seller. The logos of consumer protection organizations are used to dupe people into thinking that the offer is genuine. After tantalizing the user with promises that often look too good to be true, the seller basically pressures the victim to buy the product since it is available in “limited quantities” and at risk of being sold out.

Misspelled brand names are also a goldmine for fake sellers. For instance, a user might mistakenly type ‘Niikee.com’ for ‘Nike.com’ and immediately get taken to a fake website that mimics the original brand website and convinces the person to spend money. Many other common scams are carried out through unsolicited emails.