Plato Was Right: Earth Is, More or Less, Made of Cubes 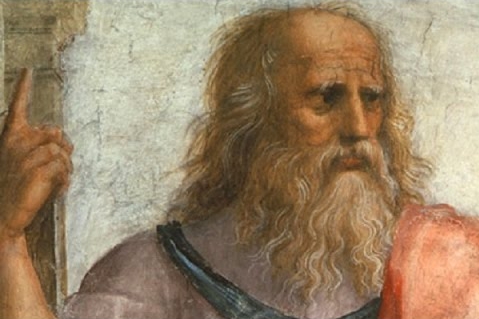 It turns out the ancient Greek philosopher Plato was largely correct in assuming that his element of "earth" corresponded to the form of cubes. (Image: via Wikimedia Commons)

The ancient Greek philosopher Plato believed that the universe consisted of five fundamental elements — air, fire, water, cosmos (or aether), and earth. According to his theory, each of these elements had its own geometric shape, with earth particles being cubes.

Science now considers atoms to be the building blocks of matter. But according to researchers in Pennsylvania and Hungary, Plato’s idea was roughly correct, at least insofar as his theory on “earth” was concerned.

In their recent paper published in the Proceedings of the National Academy of Sciences, a team of physicists from Budapest’s University of Technology and Economics (BME), the University of Debrecen, and the University of Pennsylvania found that on average, rocks take the form of cubes.

Plato, UP geophysicist Douglas Jerolmack told the university’s newspaper Penn Today, is recognized as the first known person to have conceptualized the atom as a fundamental, indivisible unit.

“But that understanding was only conceptual; nothing about our modern understanding of atoms derives from what Plato told us,” Jerolmack said. The first modern atomic model was developed in 1913 by Danish physicist Niels Bohr.

‘This is either a mistake, or this is big’

“When we took this to Doug, he said: ‘This is either a mistake, or this is big,’” Domokos said, according to Penn Today. “We worked backward to understand the physics that results in these shapes.”

“This paper is the result of three years of serious thinking and work, but it comes back to one core idea,” Domokos said. “If you take a three-dimensional polyhedral shape, slice it randomly into two fragments and then slice these fragments, again and again, you get a vast number of different polyhedral shapes. But in an average sense, the resulting shape of the fragments is a cube.”

The real Earth is actually made up of Plato’s cubes

“The interesting thing here is that what we find with rock or earth, is that there is more than a conceptual lineage back to Plato. It turns out that Plato’s conception about the element earth being made up of cubes is, literally, the statistical average model for the real earth. And that is just mind-blowing,” Jerolmack said.

The scientists offered possible reasons as to why Plato associated Earth with the cubic form without the aid of complex mathematical modeling.

“One thing we’ve speculated in our group is that quite possibly Plato looked at a rock outcrop and after processing or analyzing the image subconsciously in his mind, he conjectured that the average shape is something like a cube,” Jerolmack told Penn Today.

“Plato was very sensitive to geometry,” Domokos added. According to lore, the phrase “Let no one ignorant of geometry enter” was engraved at the door to Plato’s Academy. “His intuitions, backed by his broad thinking about science, may have led him to this idea about cubes.”

The basic question the scientists sought to answer was what shapes result when stone breaks into pieces. “Fragmentation is this ubiquitous process that is grinding down planetary materials,” Jerolmack said.

But the process the team discovered is not confined to the Earth. “The solar system is littered with ice and rocks that are ceaselessly smashing apart. This work gives us a signature of that process that we’ve never seen before.”

All the pieces of the broken object must fit together seamlessly. It turns out that only one of the five Platonic solids (polyhedrons with sides of equal lengths) occurs naturally: the cube.

To test Domokos’ models against reality, the researchers measured countless stone fragments. The cubic average prevailed regardless of whether the rocks studied had come from natural impacts or human action, or whether they were on Earth or in space.

The team also took geological outliers into account, such as the Giant’s Causeway in Northern Ireland. The geographic feature is known for its tall vertical stone columns, which were formed by cooling basalt. However, the scientists discounted this and other examples because they involved atypical chemical processes.

“The world is a messy place,” says Jerolmack. “Nine times out of 10, if a rock gets pulled apart or squeezed or sheared — and usually these forces are happening together — you end up with fragments which are, on average, cubic shapes. It’s only if you have a very special stress condition that you get something else. The Earth just doesn’t do this often.”