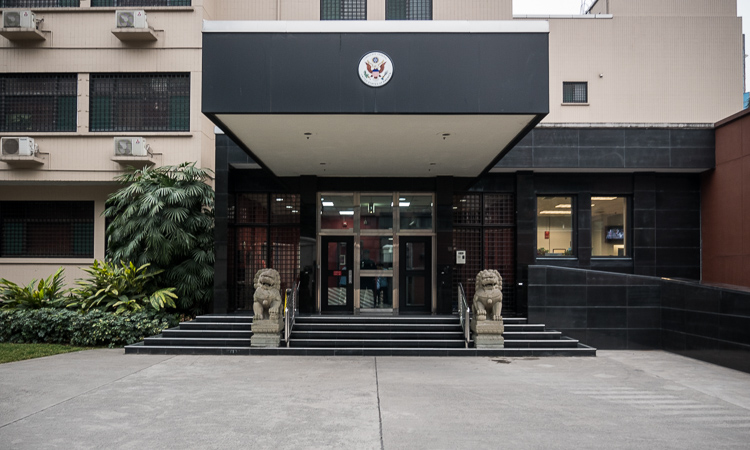 Recently, the Chinese Communist Party ordered the closure of the U.S. Consulate in Chengdu. Soon thereafter, the consulate and its staff drew nationwide attention from mainland people. Chuang Tzu-i, the spouse of the U.S. Consul General in Chengdu, looked back at her life in China and shared her memories.

Chuang Tzu-i was born in Taiwan. After graduating from National Taiwan Normal University, she studied in the United States. She first studied for a Master’s degree in anthropology at Columbia University for 2 years, and then for a doctorate in anthropology for 6 years. She passed all requirements to qualify as a Ph.D. candidate.  However, in August 2006, after Tzu-i moved to Boston with her newlywed husband Jim Mullinax, she discovered the legendary Cambridge School of Culinary Arts.  At the age of 30, she decisively gave up her pursuit of a Ph.D. after discovering her life’s passion — all things culinary. She switched emphatically to culinary and took up a professional cooking course in French cuisine. Tzu-i is now an accomplished food writer with nearly 600,000 followers.

In July 2017, Jim Mullinax was appointed U.S. Consul General in Chengdu where they lived for three years. Tzu-i’s mother is from Chengdu and her grandfather is from Wanxian, Chongqing. Szechuan cuisine has left a deep mark on Tzu-i’s taste buds, so she always hoped that her husband could be stationed in Chengdu.

People often imagine that the spouse of a diplomat leads a very glamorous lifestyle. In this context, Tzu-i wrote an article to clarify the position and describe her ups and downs.

“Each time, when someone called me ‘Madame’ or ‘Mrs.,’ I had to put on a pretentious act to feel like a family woman. I had to quickly remind myself to change my posture; straighten my waist and change my facial expression by adjusting the corner of my eyebrows, eyes, and mouth into a gentle and expansive arc, like Soong Mei-ling (Soong Mei-ling was the former First Lady of the Republic of China, wife of President Chiang Kai-Shek). I then gently nodded to acknowledge the other party and also respond with a handshake. This kind of reserve did not last long. As soon as it came to mealtime, I reverted to my prototype. I couldn’t help but add a few more delicious dishes and while discussing the dishes, I would passionately get engaged in the topic at the table. This was a way to brighten the atmosphere.

“For my personal daily use, I had to compromise as I could not afford to buy famous brands. Moreover, I feel that being prudent is worth more than showing off with expensive products.”

Zhu-i remembered that there was one occasion when her family was traveling abroad. They encountered an astonishingly long queue while passing through customs at the airport. They were then holding a tired and crying child and were behind in the queue for half an hour. Actually, she thought this should be the time to take advantage of the privileges granted to a diplomat! So Tzu-i suggested to her husband that they should produce their diplomatic passport to qualify them to use the special lane for diplomats! Unexpectedly, Jim shook his head and reprimanded her: “This trip has nothing to do with official business; we cannot misuse the privilege!”

Jim’s integrity does not end there. When participating in social activities on weekdays and if he received gifts that were obviously valuable, he either declined them on the spot or returned them privately. Even if the gifts were brought to the home, they were all turned away as long as they were worth more than US$20. For the official car, Tzu-i could only ride in it when she was with Jim to attend an official function. Otherwise, Tzu-i was not allowed to ride in it, let alone use it to run errands or to pick up their children.

In actual fact, Tzu-i is not deliberately exaggerating her husband’s noble character. It is also a reflection of the American bureaucratic code that has strict ethical norms and specific penalties that are very strict. For example, the U.S. State Department stipulates that ambassadors can only travel business class on two occasions. These two occasions are when they travel to the designated country to take up their post and when they depart after completing their term. At all other times, regardless of level or situation, as long as the single trip is less than 14 flight hours, they are restricted to travel economy class.

Furthermore, when ambassadors travel, security personnel accompany them. Their jobs are to provide a security escort and they are not to be misused for menial tasks, such as carry heavy items, sending clothes to the laundry, buying a cup of coffee, and so on. If anyone is caught abusing their authority, tax evasion, non-compliance with laws and regulations, or even paying overtime to private employees — even a tiny mistake can affect their promotion and if it is a serious mistake, they can be subject to dismissal.

U.S. diplomatic funding was originally not opulent. After President Trump took office, he reduced significantly the State Department budget and social funding for embassies and consulates has become extremely limited.

Whenever the Ambassador entertained guests at their residence or if they were to host a “banquet,” their budget per head averaged 22.5 yuan. On one occasion, they held a buffet dinner for 28 Chinese and foreign VIPs. At that time, their allocated annual fund was almost used up. Tzu-i and her chef had to rack their brains and finally came up with the idea of using their exquisite culinary skills to “camouflage” the lack of high-end ingredients as well as to make the Chinese and Western dishes as comprehensive as possible in order to save money and not to diminish the pomp of the occasion. On different occasions, functions in the consulate such as afternoon tea, festival celebrations, parties, and so on, were personally organized by Tzu-i and at times, using her own pocket money.

Tzu-i wrote: “I have been busy for two whole days and the final sum expended was 630 yuan excluding drinks which was an average of 22.5 yuan per head.” Tzu-i also exclaimed: “This is like sponsoring the U.S. government using my sweat.”

Responding to Tzu-i’s revelation of her life in China as the spouse of the Consul General, netizens could not help commenting: “It is very true! Mainlanders who have scaled to the top are used to the extravagant way of life in their own country and they have no way of understanding the American system!”