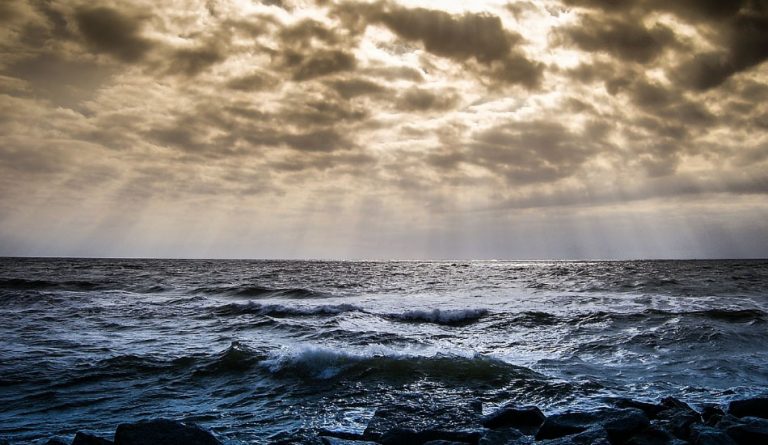 In 1961, Xiao took the initiative to serve as a researcher at the Qingdao Institute of Oceanology and he proposed a research topic on biocatalysis. (Image: Pixabay / CC0 1.0)

There is a Chinese idiom about how one gets “humbled by the vast ocean.” This quote is mostly used in the context of teaching a person to remain humble despite having power since there will always be someone else more powerful than them.

The Yellow River was considered special in ancient China. After all, people used to cultivate their fields thanks to the Yellow River. This is what essentially gave rise to the Chinese civilization. As a result, the Yellow River was also called the Divine River. During an autumn season, heavy rains lashed out and the various rivers in China surged. The waters of these rivers flowed into the Yellow River, thereby making it larger, wider, and more powerful.

However, the God of North China did not take these words as confirmation of his superiority. Instead, he was humble. He said: “Between heaven and earth, I am nothing but a small particle in the middle of the vast lands. Even the seven seas together are nothing but a small grain of dust in the universe. I am far from being vast,” according to Clear Harmony. This story is what eventually led to the idiom “humbled by the vast ocean,” referring to people who are humbled by this realization.

Humility is a pro-social quality, meaning that if you are humble in your attitude, you are likely to attract more people around you. One study even tested this theory. A group of college students were asked to check an online dating profile and indicate the likelihood that they would date the person shown in the profile. The students were divided into two groups — one group who was shown the profile with a personality trait as “highly humble,” while a second group was shown the exact same profile with the trait “not humble.” The students chose the “highly humble” profile by an overwhelming majority.

So how do you develop humility? First, learn to listen to others. Most people tend to gloss over what others have said to them, never actually putting in the effort to understand the other party’s viewpoints. With such an attitude, it is inevitable that others will see you as an arrogant person who belittles other people’s opinions. However, when you attentively listen to their opinion, they will realize that you are a humble person who will not reject their ideas. Over a period of time, your ability to openly listen to others will develop qualities like patience that will go a long way in maturing your thoughts and behavior.

Humble people tend to focus more on “us” rather than “I.” You can clearly see this in offices. There will be leaders who boast about how good they manage the place. There are also bosses who will never boast about their achievements. Instead, they will always credit their team for success. It is these types of humble leaders that garner respect from their subordinates.