The Threat of Chinese Supercomputing 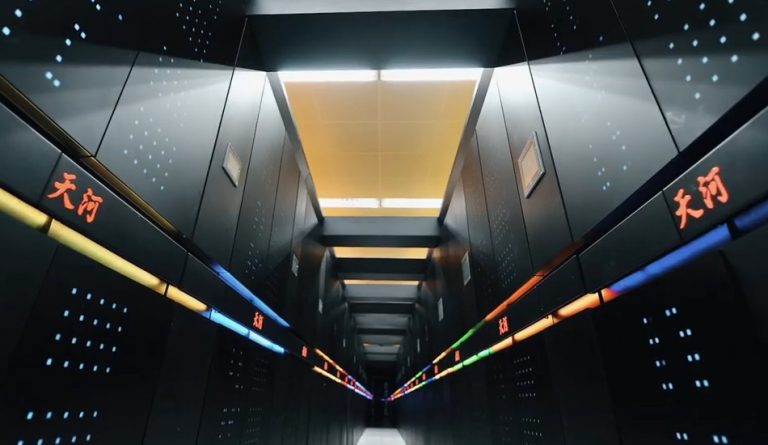 In 2001, China was a novice when it came to supercomputing. Japan, the United States, and Europe made up the top three computing powers. Almost two decades later, things have changed drastically. As of June 2020, China was home to 226 of the top 500 most powerful supercomputers in the world. The U.S. trailed far behind in second spot with 113 supercomputers, while Japan had just 29 of these machines. China’s growing dominance is making experts worry about the future of global security.

At present, supercomputer speeds are measured in petaflops since that is the highest level at which these machines have performed. Some of the top-performing supercomputers include the Fugaku supercomputer from Japan at a speed of 415.5 petaflops and the Summit supercomputer from the U.S. at 148.6 petaflops. China’s Sunway TaihuLight and Tianhe-2 rank in the top 5. However, China is claiming to have developed the prototype for a new supercomputer that can reach speeds of 1 exaflop at its peak. Named Shuguang, it’s currently housed at the Chinese Academy of Sciences. One exaflop is equal to 1,000 petaflops, meaning the Shuguang supercomputer easily outperforms all other supercomputers, at least in terms of speed.

Jack Dongarra, a professor of computer science at the University of Tennessee, points out that Beijing has acknowledged the importance of supercomputing and has been making long-term plans to be a dominant player. He warned that the speed at which China’s supercomputing industry has grown is unparalleled in the world. Exaflop supercomputers “are really a new species of computer. They’ll not only be faster, but able to manage big data totally differently to how we do today… They will clear new paths for Artificial Intelligence, data science, and computer simulations, providing new knowledge. These advanced, so-called ‘exascale’ computers could perform 20 or 40 times better than today’s, and show that in this sector, the sky’s the limit,” Dongarra said to Eni.

Given that China is ruled by the Communist Party, the dominance of China in supercomputing is inevitably bad news for the rest of the world. A strong supercomputing network will give China an advantage in fields like medicine, AI, space technology, etc., that depend on humongous amounts of calculations. The better the computing resources, the more dominant the country will likely become in these fields. The communist regime will not only use their supercomputing power to make life tougher for people in China, but it will also become even more aggressive on international issues like trade, bilateral relations, the South China Sea, and so on. Its espionage, censorship, and surveillance activities will also get a boost.

While supercomputers in the hands of oppressive regimes like China could easily end up being a nightmare for humanity, the very same tech can act as the beneficiary of mankind in other hands. The current COVID-19 situation is a great example of how supercomputing can aid the human race. Countries and companies the world over are dedicating their supercomputers to analyzing the CCP coronavirus and potential medications to identify a reliable vaccine.

In the U.S., researchers used the Summit supercomputer to conduct a test against a critical “spike” protein in COVID-19 that they believe is the key to disabling the virus’s ability to infect. Using the power of Summit, researchers were able to analyze about 8,000 compounds in just a few days. On normal computers, such calculations would have taken months, which would have meant more infected people and more deaths. In the U.S., a public-private consortium used supercomputers to identify an existing drug that could be useful in treating COVID-19 patients with mild symptomatic infections.