A Beggar With Supernormal Powers Made a Painted Dragon Come Alive 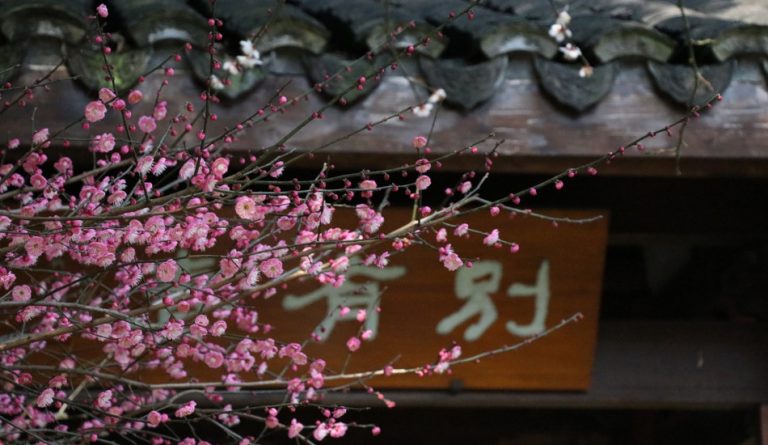 A compassionate shopkeeper receives an unexpected reward from a lame beggar. (Image: QwQly via Pixabay)

There is a Chinese medicine shop called Zhu Yangxin in Dajing alley of Hangzhou City. According to legend, there used to be a lame beggar, Li Tieguai, whose legs and feet were damaged, yet he had supernormal powers. One day, he went to the shop and begged the owner: “Sir! I am hungry, and my feet are very swollen and painful. Please be merciful and give me some medicine to help me!”

Although the owner and his family were just sitting down to their meal, on hearing the cry of grief, the shopkeeper immediately stopped eating and rushed to the door. On seeing a lame beggar with a thin body, a yellowish face, ragged clothes, bloody limbs, and gangrenous feet, his heart of compassion came forth and he felt that the poor man was pitiful.

The owner gave some money to the beggar, got him some food from his own table to eat, carefully cleaned up his wounds, and applied the best ointment. After thanking the shop owner, the beggar staggered off and left.

From then on, this lame beggar came to the store to beg for medical treatment every day. Every time, the owner gave him some money, changed his bandages, applied ointment on his feet, and treated him with compassion and consideration.

The beggar painted a dragon for the shop owner

A few days later, the beggar’s feet recovered. He went to the store to thank the owner, saying to the shopkeeper: “Sir! You are so charitable that you took a lot of effort to cure my feet. I don’t know how to repay your great kindness. Now I can only draw a dragon in wash ink for you, which is useful! If one day there is a fire, the wash-painting dragon will become a real dragon and spray water to extinguish the fire.”

After speaking, he asked the owner to bring him a piece of paper and a large brush pen. The owner said: “Sorry, we don’t have a big pen, only a small pen.”

So the shopkeeper asked his assistant to bring a broom and a piece of paper. He saw the beggar pick up the broom, dip it in ink, and wave it at the paper. Instantly, a lifelike, vivid black dragon appeared in front of him, with the ink still wet and dripping! As soon as he finished the painting, the beggar rose up into the air and left like a wisp of smoke. When the shopkeeper saw him, he knew he was a god!

The supernormal powers of the brush painting

A few years later, there was a big fire in that area that burned down the houses next to each other. Only the medicine store of Zhu Yangxin remained intact, with no damage at all. It showed the supernormal powers of the brush painting.

One day, a few thieves saw that this painting was magical and wanted to steal it. But strangely enough, when they snuck into the store at night, the artwork suddenly divided into two, then into four, and then turned itself into hundreds of pictures. All the images were identical. The thieves were dazzled and confused. They did not know which one was real and retreated in a panic.

So the medicine store was able to preserve the painting for many years and the story became well-known.