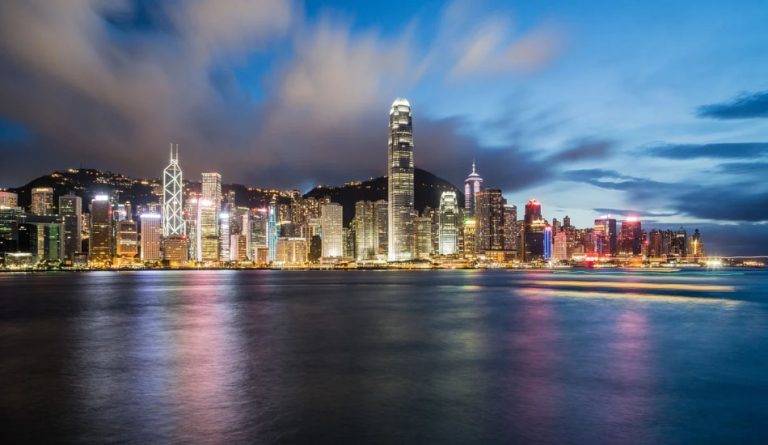 Banks that report clients for supposedly violating the national security law will be breaking international standards like the UN Guiding Principles on Business and Human Rights.(Image: Pixabay / CC0 1.0)

Several weeks have passed since Beijing forcefully implemented the National Security Law in Hong Kong, effectively ending the region’s autonomy and reducing it to yet another communist-controlled city. As a consequence, a city that has been regarded as the financial hub of East Asia is at risk of losing the trust of the international business community. Some companies and investors are not even sure whether they should stay in the city anymore.

In June, Moody’s downgraded Hong Kong’s credit rating while noting that increasing constraints on the city’s autonomy would lead to a less efficient administration that will be incapable of meeting people’s expectations. The agency stated that the only way Hong Kong’s credit rating will remain higher than that of the Chinese mainland is if the city’s “distinctive institutional framework” is in place. Hong Kong activist investor David Webb points out that Hong Kong has been suffering from brain drain ever since the protest movement began last year and that the CCP is absolutely ignorant of the damage they are doing to the city.

“They do want to have an international capital market on Chinese soil in Hong Kong because of course the mainland capital markets are behind a wall of capital controls that you can’t freely move money in and out of the mainland… Hong Kong is their only option for that right now unless you were to set up a stock market in Macau… So they do need that and I don’t think the mainland government appreciates how much these markets depend on the free exchange of information and expressions of opinions, good or bad, about how the government is running the country,” he said to The Guardian.

Professionals in Hong Kong are reportedly considering moving out due to business uncertainty as well as possible high tax rates. Mainland Chinese professionals have been enjoying a 15 percent tax rate while staying in Hong Kong. With the CCP taking up control of the city, some say that the taxes might soar to 45 percent. Native Hong Kong professionals are thinking of migrating to countries like Taiwan, the UK, and Australia, which have already announced programs to facilitate such immigrants.

If a large exodus of professionals were to happen, this will seriously dent Hong Kong’s ability to attract businesses. After all, a company is built up by talented people. And talented people need a free, open society to prosper. Such people are not going to eke out their lives under the orders of an authoritarian government. If these professionals believe they can get a better life in some other country, they will inevitably migrate.

Hong Kong authorities recently announced that the upcoming legislative elections would be delayed by a year. The elections were due to be conducted in September. Officials cited the COVID-19 outbreak as the reason for the election delay. However, pro-democracy protestors allege that the delay is just the CCP’s tactic to prevent the pro-Beijing camp from losing horribly.

Since the sentiment on the ground is strongly against the Communist Party, citizens will overwhelmingly vote for the pro-democracy candidates. But with a 1-year delay, the CCP will have enough time to run its propaganda to try and reverse public sentiment. The Hong Kong administration has also disqualified 12 pro-democracy candidates from the elections. The banned candidates include four sitting legislators. The White House condemned the decision to delay Hong Kong’s election.