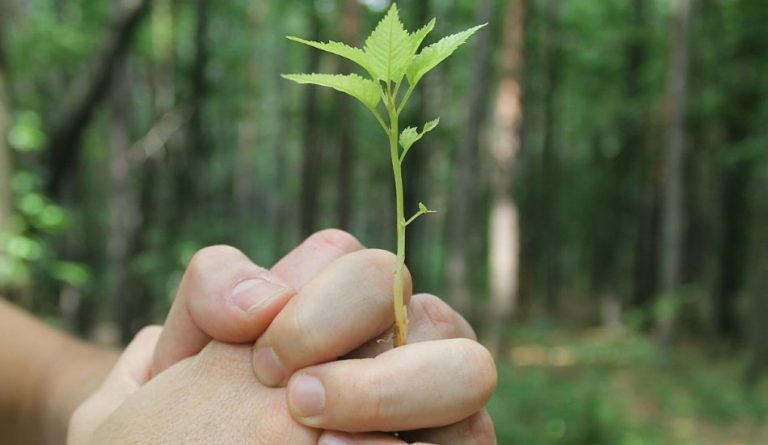 Millions of trees are being planted in India. (Image: Pixabay / CC0 1.0)

India has pledged to bring almost a third of its land area under green cover by 2030. As part of this goal, several tree planting projects are being undertaken. The COVID-19 outbreak has not dampened the spirit of such efforts. Recently, the state of Uttar Pradesh saw 2 million people trying to plant 250 million trees.

“We are committed to increasing the forest cover of Uttar Pradesh to over 15 percent of the total land area in the next five years… In today’s campaign, over 20 million trees will be planted at the banks of the Ganges River, which will help in keeping this mighty river clean,” Yogi Adityanath, the state’s chief minister said, as reported by the Independent. The trees were planted at river banks, farmlands, and government buildings. People participating in the event wore face masks and practiced social distancing norms.

According to Awanish Awasthi, spokesperson for the Uttar Pradesh government, plantation efforts are being videotaped and trees are tagged so that there are clear records about the project. Even though the administration is promoting the planting of millions of saplings, a large portion of them is not going to last long. It is estimated that only 60 percent of such saplings usually survive and grow. The rest of them die off due to a lack of water or succumb to various diseases.

The latest Global Food Resources Assessment (FRA) by the UN Food and Agriculture Organization (FAO) places India at the third position among nations that have seen an increase in forest cover in the past decade. In total, forest cover in India expanded by 266,000 hectares per year of average during the 2010-2020 period. China came first in the rankings, followed by Australia.

FRA credits the Indian government’s Joint Forest Management program for creating a huge increase in community-managed forest regions. Between 1990 and 2015, the forest area managed by tribal, indigenous, and other local communities grew from 0 to 25 million hectares. India registered the highest number of people employed in the forestry sector globally. Of 12.5 million people employed in the sector worldwide, almost 50 percent of them were from India.

About 31 percent of the global land area is covered with forests, with India accounting for just 2 percent. Russia tops the list with 20 percent of global forest cover. In the past three decades, the world is estimated to have lost about 178 million hectares of forest, which is about the size of Libya. Africa suffered the most forest cover loss in the last decade while Asia gained the most.

The Indian government has attracted plenty of criticism in recent months due to its decision to overlook environmental assessment rules in a bid to approve industrial projects. Some of the controversial projects approved by New Delhi include preliminary drilling inside a wildlife sanctuary and a coal mine in an elephant reserve. A uranium mine in a tiger reserve as well as a hydropower project in a biodiversity hotspot are also being considered.

The Ministry of Environment, Forest, and Climate Change has also decided to rewrite some of the environmental rules, even issuing a fresh draft policy on assessing the environmental changes triggered by large-scale projects. A much-criticized change in the new draft is the reduction in the time allowed for public comments on assessments. While pro-environment groups worry that speedy environmental clearance will be harmful in the long run, economic experts point out that such changes are necessary for the short-term to drive economic growth.