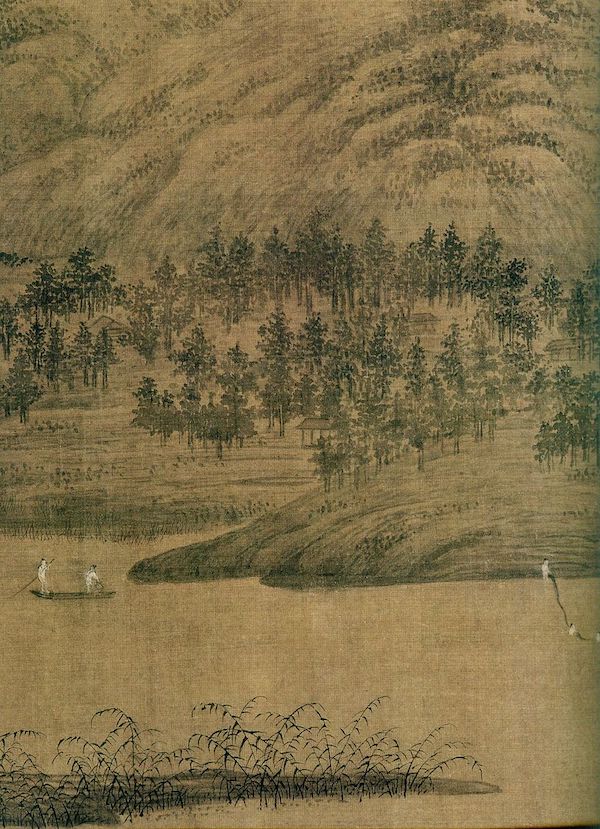 Painting is an area that has historically been dominated by European art for the past several centuries. As a result, there has been less focus on other painters, like those from China. Fortunately, things are changing and Chinese artworks by traditional Chinese painters are increasingly getting the attention of collectors and enthusiasts.

5 traditional Chinese painters you need to be aware of

Fan Kuan lived between 950 CE and 1032 CE and was one of the popular artists of the Song Dynasty period. His main focus was on landscape artwork. During the early period of his life, Kuan tried to mimic the painting styles of famous artists and their works. However, Kuan soon realized that he had to take nature as his teacher in order to truly portray the essence of the land in his paintings.

“Fan Kuan thereupon went to the Cuihua Mountain and secluded himself among the forests and mountains, devoting himself to observing the effects of atmospheric, weather, and seasonal changes on the scenery. Contemporaries thereupon praised him for being able to commune with the mountains,” according to Comuseum. In addition to being a painter, Kuan was also known for his excellent character and straightforward personality.

Gu Kaizhi (344 CE to 406 CE) lived during the Jin Dynasty era and is considered the founder of Chinese painting. His biggest contribution to the country’s art culture is his three books on painting theory. Kaizhi’s specialty was figure and portrait paintings. He believed that the true spirit of figure painting lies not in its appearance or clothes, but in the eyes. Kaizhi is known for being very attentive to detail, ensuring that his paintings captured all expressions as vividly as possible. His most famous masterpiece is considered to be The Admonitions of the Instructress to the Court Ladies.

Dong Yuan (934 CE to 964 CE) was the prominent artist during the Five Dynasties and Ten Kingdoms era. He founded the school of the Southern-style of landscape painting together with his pupil Juran. Centuries after his death, Dong Yuan’s style remained the standard of Chinese brush painting. He was a master of using dots and lines to create paintings. Famous scholar Shen Kuo (1031 CE to 1095 CE) points out that Dong Yuan’s paintings do not make sense when viewed close-up. Only from a distance do his paintings look appealing as if they have a fairytale-like quality.

Li Cheng (919 CE to 967 CE) lived during the Five Dynasties and early Song Dynasty period. He is considered one of the greatest landscape artists and was a rival of Fan Kuan. His signature style involved using diluted ink for paintings, which made the scenery look misty. Cheng is famous for his winter landscapes and also for compositions that depicted tall, aged trees on dried-out landscapes. It is believed that none of Cheng’s original artworks have survived into modern times, although several paintings have been attributed to him. His stylistic influence can be seen in the works of later artists like Guo Xi.

Huang Gongwang (1269 CE to 1354 CE) is considered one of the “Four Great Masters of Yuan Dynasty” and left a lasting impact on Chinese art culture. He is regarded as the perfect exponent of literati painting, which refers to artwork produced by scholars and bureaucrats rather than professional artists.

Gongwang was very meticulous in his brushwork and his works stressed the feeling of oneness with nature. After a stint as a government official, Gongwang lived in seclusion studying Daoism.