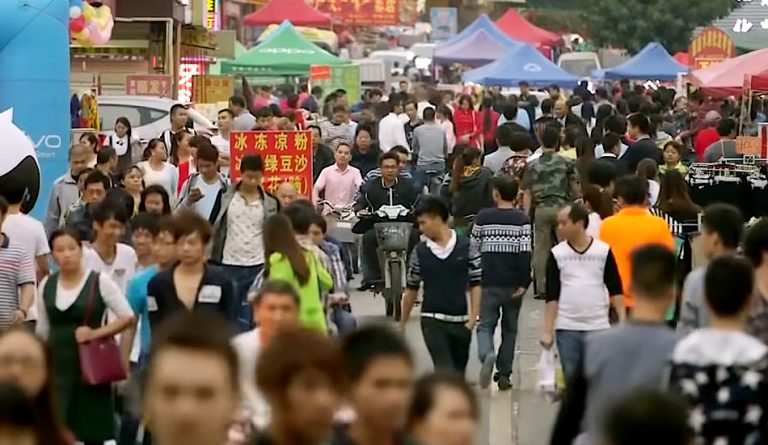 China's unemployment numbers misrepresent the true scale of unemployment on the ground. (Image: Screenshot via YouTube)

Is China facing an unemployment crisis? China’s unemployment rate in June was revealed to be 5.7 percent, which is lower than the February peak of 6.2 percent. The country’s unemployment rate has remained quite stable over the past decades, hovering around 4 percent to 5 percent. As such, the fact that the COVID-19 outbreak only made the number spike up to around 6 percent seems surprising. The truth is that these numbers misrepresent the true scale of the unemployment crisis on the ground.

The first thing to understand about China’s unemployment data is that it only represents urban regions. Rural areas are completely neglected. Secondly, even while calculating urban unemployment, the numbers do not take into account the massive migrant worker population in these areas. This is due to the Chinese policy of “Hukou” that divides the population into urban and rural citizens. When rural residents migrate to urban regions for work, they retain their rural residential status.

As of 2018, China was estimated to have around 291 million migrant workers. According to official government data, the number of migrant workers fell dramatically to 129 million in March, suggesting massive job loss. The unemployment data also neglects to take into account small shops, hotels, wholesalers, restaurants, etc., that employ low-skilled labor. Many people working in these sectors are unemployed. Once you take into account all these factors, a true picture of China’s unemployment crisis emerges.

According to a study by brokerage firm Zhongtai Securities, the real rate of unemployment in China is about 20.5 percent, which means about 70 million people are out of work. When the report was published on the Internet, it was mysteriously removed rather quickly. Analysts from UBS also suggest that about 70 to 80 million Chinese became unemployed by the end of March. The question is, why is Beijing hiding the unemployment numbers? And the answer is that the Communist Party is afraid of the consequences once people realize the true scale of the unemployment crisis.

The fact that 8.7 million fresh graduates are entering the job market this year further complicates the issue. If these youngsters remain unemployed, they could rise up to challenge the established political power structure. “To guarantee employment is to protect the people but also to protect political power… As long as employment is maintained and basic food problems are solved, the stability of the regime is not threatened,” said Chen Daoyin, an independent political analyst and former professor in Shanghai, as reported by Business Standard. As such, the Chinese Communist Party is probably running propaganda to convince the public that unemployment numbers are low.

In July, China reported that its second-quarter GDP grew by 3.2 percent when compared to last year. This surprised economists since the numbers exceeded their expectations of 2 percent growth. Compared to the first quarter of 2020, growth was up by 11.5 percent. In a recent paper, Oxford Economics warns that China’s impressive rebound in Q2, 2020 might be overestimated. The consulting firm notes that China relies on its producer price index to adjust industrial growth in its national account.

This is contradictory to what countries like Germany and the U.S. do — they use inflation indexes. The problem with using the producer-price index is that it is largely influenced by commodity prices and heavy industry. In early 2020, global metal and energy prices crashed. This would make China’s growth figures look rosier than they are. As such, until we see a couple of quarters of stable growth combined with strong consumer spending, we cannot be sure that the Chinese economy is on a path to recovery.