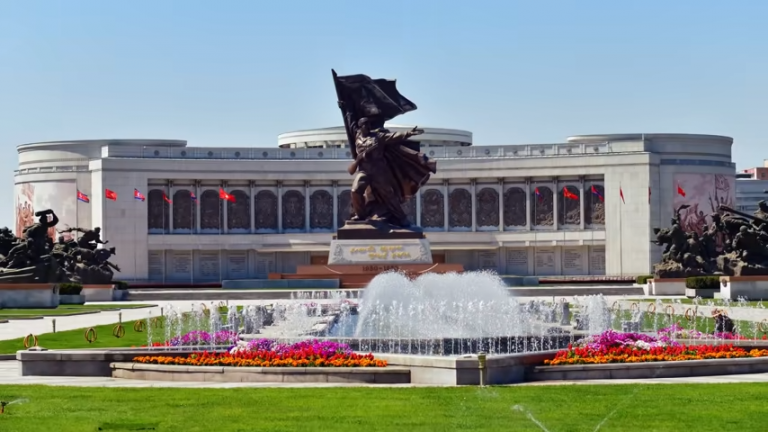 The UN Office of the High Commissioner for Human Rights has released a report detailing the human rights abuses perpetrated by North Korean police and security officers on women. (Image: Screenshot / YouTube)

The UN Office of the High Commissioner for Human Rights has released a 72-page report detailing the human rights abuses perpetrated by North Korean police and security officers on North Korean female prisoners. The report contains interviews from more than 100 North Korean females.

The interviewed women have one thing in common — they fled North Korea to other nations, mostly to China. However, they were detained and repatriated to North Korea where the women underwent immense torture. The interviews were taken after the women had escaped North Korea and settled down for a peaceful life in South Korea. The report reveals that almost 80 percent of people who managed to cross into South Korea in 2019 were females.

When the women were repatriated to North Korea, they had to face numerous beatings. Officers tried to pry out the intent behind their every single action outside the country, like why they went away, the people who they met, their long-term goals, and so on. Women who succeeded in convincing the authorities that they had moved abroad just to make money were made to spend just a year in prison. Women who remained abroad for a long time had to face intense questioning and severe punishment.

“I was beaten with a club by a preliminary investigation office and was kicked by the officer… If someone is found to have gone to a South Korean church while staying in China, they are dead. I, therefore, tried hard not to reveal my life in China. I was beaten to a level that my rib was broken. I still feel the pain,” a woman said, as reported by DW.

North Korean female prisoners were held in unsanitary conditions. They were tortured and beaten. One woman recounts watching six people die during her stay in prison. Most of the deaths were caused by malnutrition. Pregnant detainees were beaten so badly that the unborn infant had to be aborted. Some of the guards even took away newborn infants and killed them in cold blood. Michelle Bachelet, UN High Commissioner for Human Rights, sympathized with the North Korean female prisoners. The report demanded that the North Korean government stop the systemic abuse of women and it asks other nations not to repatriate people if their human rights are likely to be violated.

Just like their male counterparts, North Korean women face several restrictions when it comes to freedom of movement and freedom of speech. Even something as simple as one’s hairstyle is determined by state policy. The majority of women work in light industries that focus on producing small consumer goods. As such, they tend to get paid less than the menfolk who dominate the jobs in heavy industry. When it comes to office work, women tend to be restricted to lower jobs like secretaries, clerks, and so on.

Though the government claims to promote equality, the reality is that class and family play a huge role in society. Even if born into a lower class, men have the opportunity to rise up in society through their work (albeit this is a small chance). In contrast, women from lower classes have little to no chance of progressing through the class. Once they are married, their career basically comes to a standstill. Women from upper classes get more opportunities to excel in their lives.