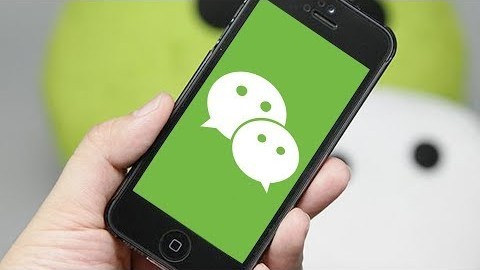 President Donald Trump issued an executive order (EO) on August 6, 2020, to prohibit any U.S. company or person from transacting with ByteDance, the Chinese parent company of TikTok and messaging app WeChat. (Image: Screenshot via YouTube)

Citing national security concerns, President Trump issued an executive order (EO) on August 6, 2020, to prohibit any U.S. company or person from transacting with ByteDance, the Chinese parent company of TikTok and messaging app WeChat. The executive orders take effect within 45 days, after which the U.S. Secretary of Commerce, Wilbur Ross, will further determine and approve what transactions are covered by the prohibition.

Following on from the announcement of the EO, investigators began to examine other lucrative investments that WeChat parent company Tencent owns in the United States.

Tesla, Inc. is an American electric vehicle and clean energy company based in Palo Alto, California. In 2017, Tencent acquired a 5 percent stake in the electric car maker paying US$1.78 billion for the interest. The investment makes Tencent Tesla’s fifth-largest shareholder, behind founder Elon Musk and several other investment firms. At that time; Elon Musk wrote on Twitter: “I am very happy that Tencent can become an investor and advisor to Tesla.”

Riot Games (also known as Riot Club) is a Los Angeles, California-based video games developer that is best known for League of Legends. This multiplayer online battle arena game that is the company’s flagship product. Riot Games was majority acquired by Tencent in 2011 and fully acquired in 2015.

Epic Games, based in Cary, North Carolina, is one of the most prestigious video game developers of the past decade. Its best-selling video game is Gears of War and others include Bulletstorm and Fortress Night.  In 2012, Tencent acquired a 48.4 percent outstanding stake worth US$330 million in Epic Games, equating to 40 percent of the company’s total assets.

Universal Music Group is an American global music corporation. Tencent, apart from being a games developer, has successively invested in American entertainment companies in recent years. In March of this year, it announced that Tencent completed the acquisition of a 10 percent equity stake in Universal Music Group and the right to acquire an additional 10 percent stake before January next year.

Warner Music Group Corp (WMG), an American multinational entertainment and record label conglomerate, is one of the “big three” recording companies and the third-largest in the global music industry after Universal Music Group and Sony Music Entertainment.  It went public in the United States in June this year in which Tencent invested 1.9 billion yuan in shares and now owns a 1.6 percent stake in Warner Music.

Tencent Music (TME) is listed in the United States and its latest market capitalization stands at US$27.8 billion.

Spotify is a Swedish music streaming and media services provider. It is operated by Spotify AB, which is publicly traded on the NYSE through its holding company Spotify Technology S.A. Prior to its listing on the New York stock market in 2018, Spotify and TME held part of each other’s equity.

Reddit is one of the most well-known social media platforms in the United States involved in social news aggregation and web content rating, and is also a discussion website. In 2019, out of the US$300 million raised by Reddit, US$150 million was funded by Tencent.