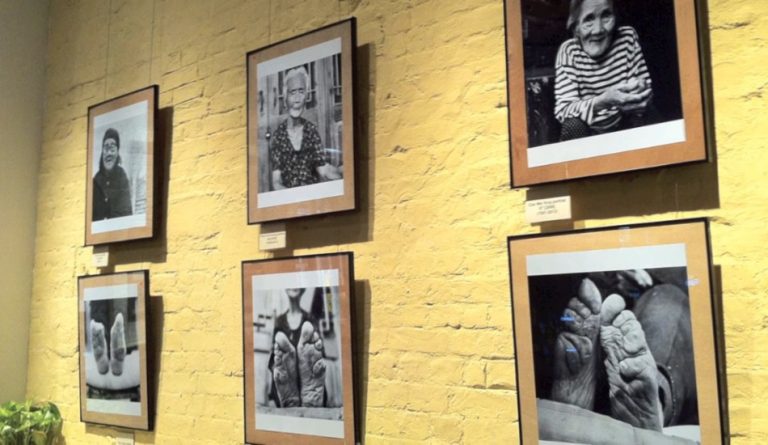 Foot binding was an ancient Chinese custom where women used to wrap their feet with the aim of modifying the shape of their feet. The tradition started off in the 10th century and existed well into the early 20th century. Women who had their feet bound ended up suffering numerous health complications, which many of them willingly accepted in pursuit of social approval and status.

The craze for foot binding is believed to have started during the time of Emperor Li Yu of the Southern Tang Dynasty. The emperor once asked a concubine to tie up her feet with white silk so that they turned into a crescent-like shape. The concubine was then asked to perform a ballet-like dance with her feet pointed to the surface. Her dance ended up enchanting the audience so much that they started imitating it. Soon, it became a custom among upper-class women and a section of the public to bind their feet. The practice largely died out in the 1900s. By the start of the 21st century, there were only a few elderly Chinese women who had bound feet.

Foot binding shifts the burden of weight to the lower body, thereby causing pain in the pelvic region. Since the feet were bound from a young age, the practice forced women to walk with a stooped posture and their bone development suffered. Girls were forced to take small steps and had to sway their bodies side to side so as to move forward. This swaying was even considered attractive. As women got older, they would find it increasingly difficult to balance while standing, risking broken hips.

Infection was another major issue. The feet of young girls would grow even after being bound. As a result, the toes would curl inwards and nails would grow into the soles of the feet. Many women had to remove their toes completely. The feet would also develop large calluses over time. Some people used to place objects like glass shards inside the bindings so as to cut the feet and purposefully cause an infection. This would allow them to remove the toes and make the feet appear even smaller and “cuter.”

One study looked at the consequences of foot binding among women aged over 70 years. “Thirty-eight percent of women aged 80 years and older and 18 percent of women aged 70 through 79 years had bound-foot deformities. Women with bound feet were more likely to fall, less able to squat, and less able to stand up from a chair without assistance than women with normal feet. They also had 14.3 percent less functional reach (a test of balance) and 5.1 percent lower hip bone density,” the study found.

While China had foot binding, the West had its own harmful female beauty ideal — corsets. Starting from the 16th century, corsets became extremely popular in Europe. However, in the 19th century, corsets became problematic for women since at that time, they were aimed at making the waist look as slim as possible. The new tighter corsets made it very difficult for women to breathe and were extremely uncomfortable.

By the end of the 19th century, public opinion toward corsets started becoming negative. There were even organized groups protesting against the garment. In 1908, X-rays of women wearing corsets were published which showed the harmful effects of tight corsets. By the 1920s, corsets fell out of fashion and the focus began shifting to comfortable garments.