Police in China Use Torture to Get Televised Confessions 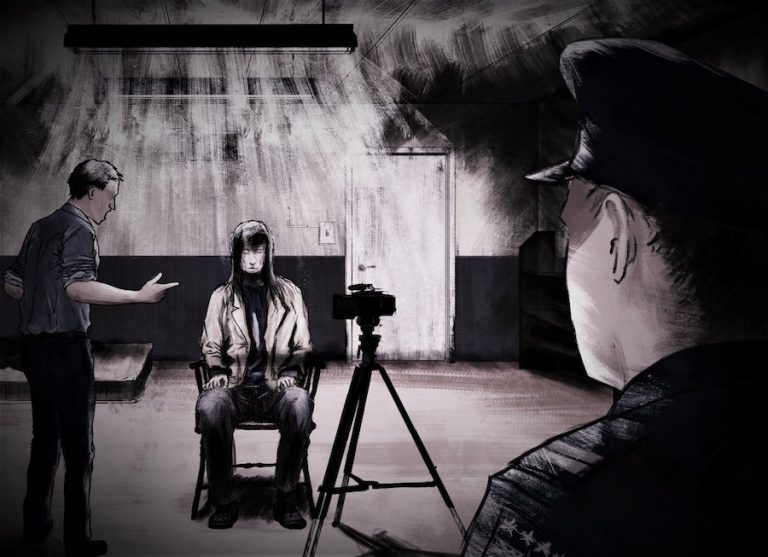 An image from the submission to select UN Special Procedures on China’s practice of extracting and broadcasting forced confessions before trial. (Image: via Safeguard Defenders)

Torture is commonly used by Chinese security to force a person to participate in a televised confession, says a new report submitted to the United Nations.

“[Televised confessions] are systematically linked to other abuses such as torture, threats, forced medication, arbitrary detention and prolonged solitary confinement during investigation phase,” said part of the 11-page report.

“Forced confessions target a particular section of the population that are seen as enemies or critics of the Chinese Communist Party (CCP),” it said.

Torture is widespread in obtaining confessions

“The use of torture to extract confessions in China is something which has been well documented by human rights organizations, scholars, and even officially accepted by China itself,” the report said.

The report went on to say that torture is especially prevalent in the places described as Residential Surveillance at Designated Locations (RSDL) where all the victims of televised confessions are held.

“Conditions are so extreme that RSDL facilities are suicide-proofed with the removal of all sharp objects and the padding of hard surfaces,” the report said.

“Detainees are kept in conditions that create immense stress and feelings of fear. They are regularly sleep-deprived. Lights are kept switched on 24 hours a day and suspects are interrogated for hours. Those kept in RSDL are also subjected to solitary confinement.”

The report gave the pre-trial experiences of a number of victims tortured while held in an RSDL. One of them was Zhai Yanmin, who was detained on June 15, 2015, in connection with the “709 Crackdown” on human rights lawyers.

“The police cuffed his hands behind his back, locked him to iron railings, used five or six electric batons to beat him, and deprived him of sleep for days before brutally interrogating him,” the report said.

“In the early days of his detention, he could not sleep for more than 30 minutes at any given time. The police also starved him and didn’t even let him drink water or go to the bathroom for extended periods of time.”

Prominent Chinese human rights lawyer Wang Yu — charged with inciting subversion of state power — was confined for hours on end in a 40×40 cm square painted on the floor of her cell.

Activist and Beijing Fengrui Law Firm administrative assistant Liu Sixin was placed on a “dangling chair” torture device all day long. “In addition, police started resorting to food and water deprivation,” the report said. “On some occasions, his guard would not let him eat the food that was served. Liu had to stare at it, while it went cold.”

The report also featured the experiences of detained former British consular employee Simon Cheng, who was handcuffed and interrogated within a detention center in China. “Secret police coerced him to open his iPhone by grabbing his hair and forcing him to do a facial recognition entry. They asked detention center staff to lock him with the handcuffs on the bar attached to a tiger chair,” the report said.

“When the police were taking Cheng out of the detention center to interrogate him, he was handcuffed, shackled, blindfolded and hooded, and could barely breathe. For many, prolonged sleep deprivation is used.”

The forced confession that Cheng was forced to make is still currently on the YouTube channel of Chinese state media CGTN. Last month, CGTN was found in breach of British broadcasting regulations for airing the forced confession of investigator Peter Humphrey, who was imprisoned in China on what he says were false charges never proven in court.

The report said the first high-profile televised confession was aired in China in July 2013.

“Some near 100 detained individuals have been coerced into confessing on China’s state television and pro-Beijing media, always before any trial, and many times even before indictment or arrest,” the report said.

Watch Simon Cheng being interviewed below in London, UK, where he is seeking asylum, on the BBC below: