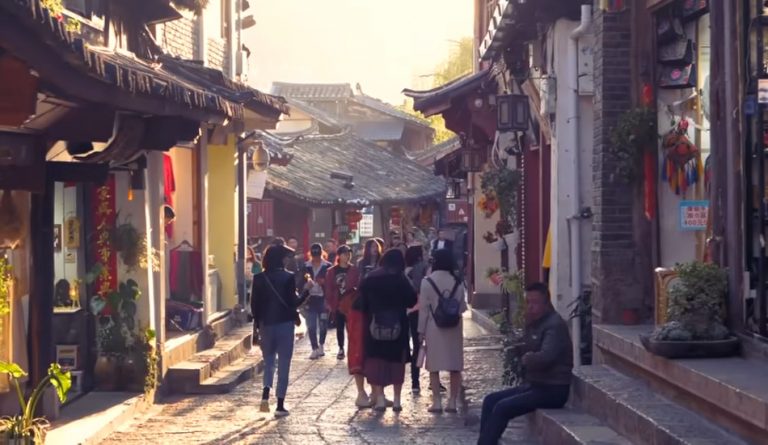 Since financial institutions in China have tightened lending, more people are turning to shadow banks for credit. (Image: Screenshot via YouTube)

The COVID-19 outbreak has put many people under financial pressure. Since financial institutions have tightened lending, people are unable to get credit to make it through these difficult times. However, the shadow banking (informal lending) industry in China has seen remarkable growth in the first quarter of this year, according to a report by credit rating agency Moody’s. Overall Chinese shadow banking assets apparently increased for the first time since 2017.

Moody’s report states that “shadow banking assets in the world’s second-largest economy grew 100 billion yuan (US$14 billion) to 59.1 trillion yuan (US$8.4 trillion) in the first quarter of 2020, compared with a 1.2 trillion yuan decline to 60.2 trillion yuan during the same period in 2019. This rise suggests that Beijing, which had been tightening its control over off-balance sheet lending by banks since 2016 to curb financial risks, has switched its focus to supporting economic recovery by slowly allowing shadow credit to expand again,” according to South China Morning Post.

Though government policy to stimulate economic recovery will cause further growth of shadow credit, Moody’s does not see a rapid rebound happening since the stability of the financial system is the key objective of authorities. The governor of the People’s Bank of China (PBOC), Yi Gang, recently stated that the central bank will retain sufficient financial liquidity during the second half of 2020. However, Gang admitted that the bank will need to withdraw fiscal support at some point given growing concerns about debt. Financial company Nomura remarked that Chinese regulators are attempting to strike some kind of balance between policy stimulus and controlling potential shadow-banking asset bubbles.

Some experts warn that activity in the US$3 trillion trust industry, a sector of the shadow banking industry, will send shock waves throughout China’s financial system this year due to double the usual default rates. Almost US$766 billion in trust offerings are due this year, many of which are predicted to go into default. According to Xu Zijun, an analyst at Reality Finance Research, almost 300 of these products will default in 2020 compared to last year’s number of 118.

Though the Chinese government’s attempt to control shadow banking is in the interest of the country, such a decision will have negative consequences for the thousands of small and medium-sized businesses in the country. After China’s Supreme Court announced a plan that will limit the interest rates charged by shadow banks, many lenders have decided to cut back on servicing high- and medium-risk borrowers.

This is bad news for the small and medium-sized enterprises (SMEs) sector since the businesses usually rely on such loans from shadow banks to meet their liquidity needs. Beijing says that the court decision will ensure that SMEs will not become victims of exorbitant interest rates. However, what will happen is that SMEs will now have fewer avenues to get credit. Many of these businesses do not have proper financial records or security to get loans from regular financial institutions, which is why they borrow from shadow banking lenders despite having to pay sky-high interest rates.