Cool Homes: Why You Need a Green Roof 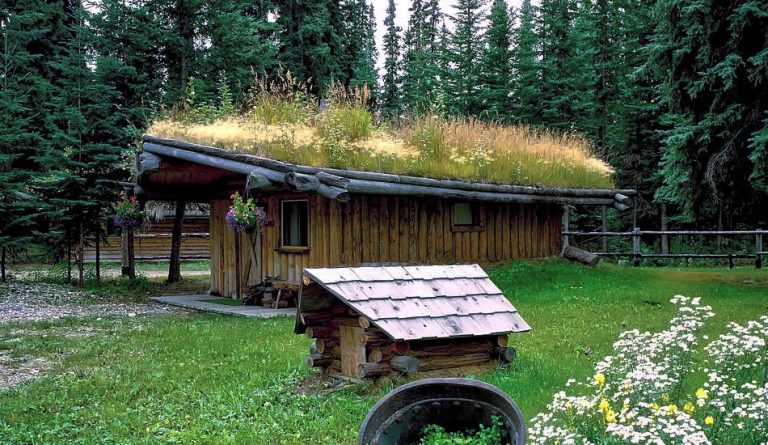 A green roof basically refers to a roof over which a vegetative layer is grown. (Image: via pixabay / CC0 1.0)

A green roof basically refers to a roof over which a vegetative layer is grown. It can be a garden or simply a bunch of grass. Not only will the greenery make your roof look quite pretty, it also provides your home with numerous benefits.

If your home is located in an urban area, you will have noted that the air inside the rooms is often hot. City temperatures tend to be about 12°F higher than in the countryside. This is due to the fact that the numerous buildings and roads in a city absorb the heat, thereby making the air hotter. Turning the roof green is an excellent solution to combat such heat. According to one estimate, traditional roofs in cities tend to be 72°F hotter than green roofs.

Green roofs can reduce stormwater runoff. “Because rooftops and streets in cities are hard surfaces, the volume and velocity of stormwater runoff increases tremendously and is a major source of flooding and pollution worldwide. Due to nonporous surfaces like pavement and rooftops, a typical city block generates more than five times more runoff than a woodland area of the same size,” according to Sustainability. By installing green roofs, the burden on sewage systems during summer could be cut by 70 to 95 percent. Green roofs can retain up to 90 percent of precipitation during summertime. During winter, the number falls to 40 percent.

By installing a green roof, you can reduce energy consumption. During winter, you can cut your heating costs by 40 percent. And during summer, you can avoid cooling your home completely. In just a year, you could potentially recover all the money spent on greening the roof. Plus, green roofs tend to live almost three times longer than normal roofs since the surface is protected from extreme temperatures, ultraviolet radiation, and so on. This also means that you don’t have to spend too much on renovation costs.

When the roof is covered in plants, the air quality of the immediate environment will be improved. All the dust and pollutants that used to contaminate the air will be captured, thereby allowing the people inside the home to breathe cleaner air. If you have family members who suffer from asthma or breathing issues, a green roof can go a long way toward alleviating their condition.

If you want your home to be shielded from outside noise, a green roof can help. The insulation provided by the greenery ensures that any noise coming from outside is dampened to a good extent before it can enter your home. It is estimated that a green roof is capable of absorbing almost 30 percent of the environmental noise pollution.