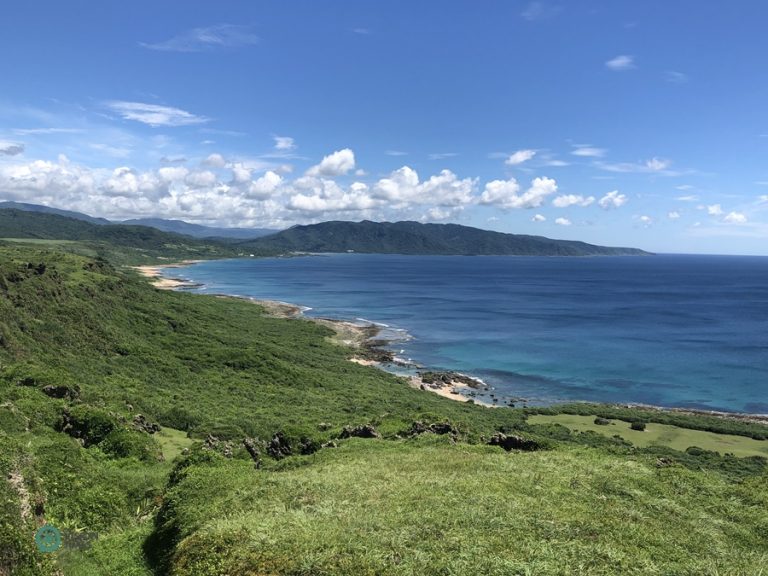 The east coast of the Hengchun Peninsula boasts one of Taiwan's most spectacular geographical landscapes. (Image: Billy Shyu via Nspirement)

Located on the southernmost tip of Taiwan, Hengchun Peninsula (恆春半島) is a must-see destination featuring picturesque natural beauty and fascinating geology. In addition to the famous Kenting National Park, there are also many other popular attractions where visitors can enjoy the breathtaking coastline, shimmering seascapes, beautiful sunrises and sunsets, and the local culture and history.

Please watch the video of the magnificent Hengchun Peninsula in Southern Taiwan.

Facing the vast Pacific Ocean, Longpan Park is an expanse of breathtaking grassland transformed from uplifted coral reefs on the Hengchun Peninsula. There is a wooden plank walkway with a creative heart shape in the middle leading visitors from the roadside of a highway to a lookout point to explore slumping cliffs, skirt-like coral reefs, and other striking views.

Along the walkway, visitors not only can appreciate the expansive grassland and the red clay terrain, but they can also see tropical plants and flowers. At the end of the walkway is a perfect spot to take in the twists and turns of the coastline, amazing views of the horizon, and other impressive natural features. With three lookout points, the park is also a great location to watch the sunrise and sunset, as well as to gaze at the stars at night.

About 2 kilometers away from Longpan Park is an amazing wind-eroded and aeolian landscape. This stunning natural phenomenon is called Fengchuisha, which literally means wind-blown sand.

In the summertime, the mixture of red soil and sand is washed down the slopes into the ocean, resulting in the phenomena of sand waterfalls and rivers. From September to March, the strong winds of winter’s northeastern monsoons blow the sand from the ocean back to the shore, creating the landscape. These natural spectacles are best seen in winter.

The southernmost point of Taiwan in Pingtung County’s Hengchun Township is as equally famous as Fugui Cape Lighthouse (富貴角燈塔) in New Taipei City’s Shimen District, which is the northernmost tip of mainland Taiwan.

At the end of a 500-meter-long stone-paved path shaded by thick tropical plants, a triangular pyramid-shaped marker of Taiwan’s southernmost point is located at a platform on the seashore. It is a perfect location to take in the Pacific Ocean on the left, and the Bashi Channel on the right, as well as a majestic view of the coral reefs.

Standing 152 meters above sea level, Guanshan is a seaside hill formed of coral reefs in Hengchun Peninsula’s flat section between Hengchun and Maobitou. Selected by CNN as one of the 12 superb sunset spots around the world, the “Sunset at Guanshan” (關山夕照) was in fact among the eight most popular scenic spots in the Hengchun region during the Qing Dynasty. The best time to enjoy the amazing view of the sun gradually setting into the ocean is between June and October.

Guanshan offers a number of perfect spots for viewing the spectacular sunset, among them is the “Sunset Platform” erected on the top of the hill. It is also the best location to enjoy a magnificent view of Nanwan and the Western coast of the Hengchun Peninsula. Another spot to enjoy the superb sunset and the panoramic view of the breathtaking natural scenery is Gaoshanyen Fude Temple (高山巖福德宮).

Close to Gaoshanyen Fude Temple, there is a turtle-like rock that is believed to be a stone that flew here from the Philippines according to an ancient legend. In front of the temple, there is also a small cave in the coral reef called  “Wisdom Cave.” Though it is a little tricky to enter the cave due to its narrow opening and small space, it’s still worthwhile to check it out.