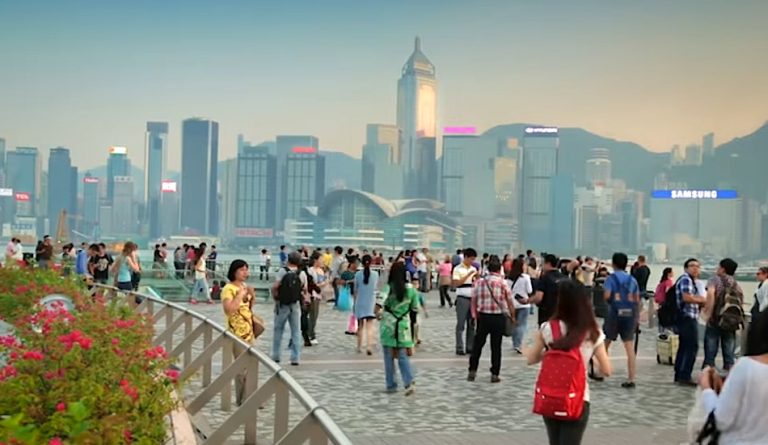 China is encouraging Hong Kong citizens to spy on each other. (Image: Screenshot / YouTube)

In an interview with Fox Business News, U.S. President Donald Trump predicted that Hong Kong will soon lose its status as an economic powerhouse due to the city being under the control of the Chinese Communist Party (CCP). He believes that the Hong Kong markets will “go to hell” and that nobody would want to do business in the city.

“Hong Kong is a very complex problem because we’ve given tremendous amounts of money in the form of incentives to make Hong Kong free, to make Hong Kong work — and to our detriment… All of those incentives that they had for the Hong Kong market, in order to keep a certain amount of freedom over there, knowing they have China looming over the top of them — but all of those incentive, billions and billions and billions of dollars I gave, that we gave, to Hong Kong, I’ve taken back now,” Trump said in the interview, as reported by South China Morning Post.

In May, the U.S. administration ended the special trade status it had given to Hong Kong. As such, Hong Kong would be treated the same way America treats China, meaning that the city will not receive any special economic treatment or privileges like lower tariffs. In addition, the U.S. will stop exporting sensitive technologies to Hong Kong. The administration has also made it clear that all goods being exported from Hong Kong to the U.S. will have to be marked with “Made in China” labels from September 25th onward.

Trump stood up to China, leading to a trade war, after realizing that the Asian nation was taking advantage of America’s trade policies while also stealing sensitive technologies. The two countries arrived at a phase-1 deal to end the trade conflict. However, the COVID-19 pandemic has put such trade issues on hold as Trump revealed that his mindset about China has changed after seeing how they enabled the pandemic.

This month, the Department of Treasury announced sanctions on 11 individuals for undermining the autonomy of Hong Kong as well as restricting the freedom of its citizens. Carrie Lam, the Chief Executive of Hong Kong, is listed among those sanctioned. The Treasury Department criticized China’s move to impose the national security law in Hong Kong, as well as setting up branches of the mainland’s security services in the city. Meanwhile, Felix Chung Kwok-pan, the leader of Hong Kong’s Liberal Party, recently admitted that the U.S. could take further punitive actions against Hong Kong that could end up doing great damage to the city’s financial institutions.

Human Rights Watch has asked Hong Kong authorities to release 10 pro-democracy activists who were arrested on August 10 under the pretense of vague national security crimes. The organization has also requested world governments to hold a special session on China at the UN Human Rights Council as well as establish a new mechanism to monitor the Asian nation.

In addition to pro-democracy activists, the Hong Kong administration has also detained numerous media personnel. Police arrested four executives of the Next Digital group, the parent company of a pro-democracy newspaper Apple Daily, on charges of colluding with foreign elements. Several journalist unions in Hong Kong have condemned the arrests. Meanwhile, the UK government has decided to halt the military training it provides to the Hong Kong police due to worsening relations with China.