Beyond Dying in a Hospital 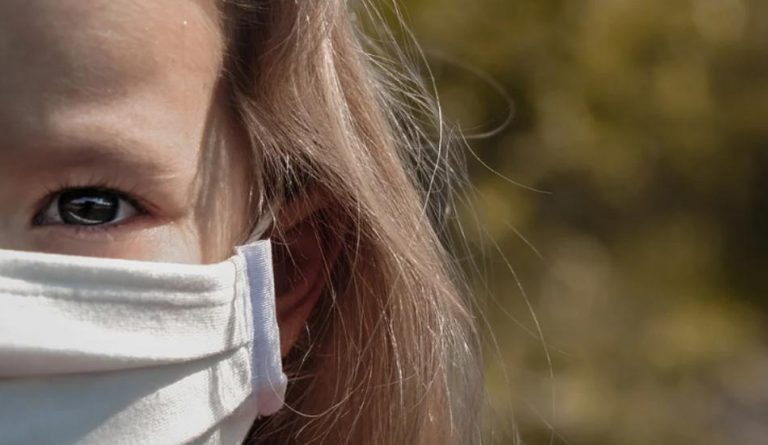 The pandemic does have adverse social and mental health consequences. (Image: pedro_wroclaw via Pixabay)

There is much to fear, for the world is a perilous place; on top of that, there is the fear of panic that fears may induce. Nowhere is this truer than with the case of the COVID-19 pandemic. Do we have to debase the quality of life further after we have taken all the preventive measures, such as wearing masks, social distancing, and good hygienic habits? We need to look beyond dying in a hospital. This point has not received sufficient attention from opinion shapers in the news media that have remained dominated by reports and commentaries on the pandemic for months — if as we are incapable of boredom or of having an interest in life other than a fixation on the pandemic.

The pandemic does have adverse social and mental health consequences, such as panic and phobia (or obsession with exaggerated irrational fears); an increase in child physical abuse and domestic violence; depression; and suicide (another lethal consequence driven by greater loneliness and feelings of social isolation).

There is a strong link between loneliness, depression, and drug overdoses. In the U.S., prescriptions for anti-anxiety medications rose and sleep aids have increased significantly over the past few months; and psychiatrists prescribed 86 percent more for psychotropic drugs, primarily anti-depressants. Prescriptions such as these can lead to a sort of addiction or pathological dependency on medication. What is profitable for pharmaceutical companies is abhorrible for a nation already having too many over-medicated individuals. The Foundation for Economic Education recently reported “alarming spikes in drug overdoses — a hidden epidemic with the coronavirus pandemic.” Is the situation any better in other countries, such as China?

Additionally, recovery from COVID-19 is an arduous process. COVID-19 patients in intensive care have experienced paranoid and often terrifying hallucinations that can slow recovery and increase the risk of depression. A life is saved when a patient leaves the intensive care unit. But the discharged patient has to face lingering health problems, such as muscle weakness, breathing difficulties, and cognitive impairment. Furthermore, the young and previously healthy are not immune to lasting debilitation.

Beyond dying, the pandemic will have long-term effects

All told, the pandemic will have massive, long-term adverse effects on individuals and communities. In this article, I focus on loneliness and feelings of social isolation intensified by the pandemic. In the U.S., a survey by the American Association for Retired Persons in 2018 found that 1 in 3 adults older than 45 is lonely.

Actually, Americans have been “social distancing” for decades. The Joint Economic Committee reported that, between 1974 and 2016, the number of adults who said they spent an evening with a neighbor at least several times a week dropped from 30 percent to 19 percent.

Everywhere, I see single individuals doing their own thing, without a partner or family. In public places, it is quite a sight to see a line of individuals all looking at their cell phones, without paying the slightest attention to the people around them. The rise of Facebook, Twitter, and the like is both a symptom and a cause of loneliness: a symptom because they meet a need of the lonely; a cause because obviously the more time you spend on such media, the less time you have for face-to-face social interactions. American society is in dire need of preserving lifestyles and social institutions that serve our profound needs for intimacy and community.

In an American community for “active seniors” where I now live, I see elderly folks taking a walk with their dogs, but rarely with young children. The community seems intent on discouraging young people from being present, enforced by its many regulations. In large measure, dogs have replaced humans for companionship. I think to myself: “Dogs show unconditional positive regard toward people unconditionally. In this respect, they excel over people. But they don’t talk back! I still miss the people I knew who talked back to me.” Meanwhile, an industry has sprung into existence — psychotherapy for dogs, which is probably more successful than psychotherapy for humans. You can guess why.

In contrast, going into a Chinese restaurant, I see many of the tables are occupied by families of three generations. Eating a meal is a time for the grandpas and the grandmas to enjoy the company of their grandchildren.

Loneliness and social isolation constitute some of the important factors contributing to suicide. There is also substantial evidence that being socially connected reduces the risk for premature mortality; conversely, lacking social connectedness increases the risk. Moreover, the risk estimates exceed those associated with obesity, air pollution, smoking, and physical inactivity. Additionally, an American Cancer Society study of 580,000 people found that the most isolated White Americans were up to 84 percent more likely to die from all causes than the least isolated.

In America, the deaths from despair (caused by suicide, drug overdose, and alcoholic liver disease) are already alarmingly high. More suicides will add to the lethal consequences of the pandemic as people practice necessary, even compulsory, social distancing. There is no excuse to regard such a tragic outcome as unforeseen.

What are the strategies to be adopted that may abate such depths of despair? In this connection, it is noteworthy to see a Minister of Loneliness appointed in 2018 for the more than 9 million adults who are “often or always lonely” in the UK.

I would argue that we should allocate more resources to prevention rather than cure: Create, sustain, and vitalize participatory communitarian programs aimed at enhancing the health of individuals-in-relations and of communities. The rationale is that it makes better sense to identify, preserve, and enhance those social institutions (e.g., the family) and lifestyles rooted in the culture that serve our profound needs for intimacy and community, rather than rely on the artificiality of creating new ones (e.g., sensitivity training, T-groups, encounter groups).

Note that this argument is coming from a clinical psychologist who has spent decades of his professional life teaching and training therapists. When will mental professionals wake up to the fact that relying on curative measures (e.g., counseling or therapy) alone will not fulfill their collective responsibility? People are fundamentally social creatures that do not thrive in loneliness, isolation, and alienation.

In my 2019 book Rewriting Psychology: An Abysmal Science? I stated that mental health professionals have demonstrated “collective impotence.” I would like to be proven wrong. For Americans, my best advice is: Begin having your gossipy multi-generational meals at home or in restaurants again when it is safe to do so.

David Y. F. Ho, the pioneering psychologist who introduced clinical psychology to Hong Kong, has held professorial appointments in psychology and humanities in Asia and North America. He was the first Asian to have served as President of the International Council of Psychologists.