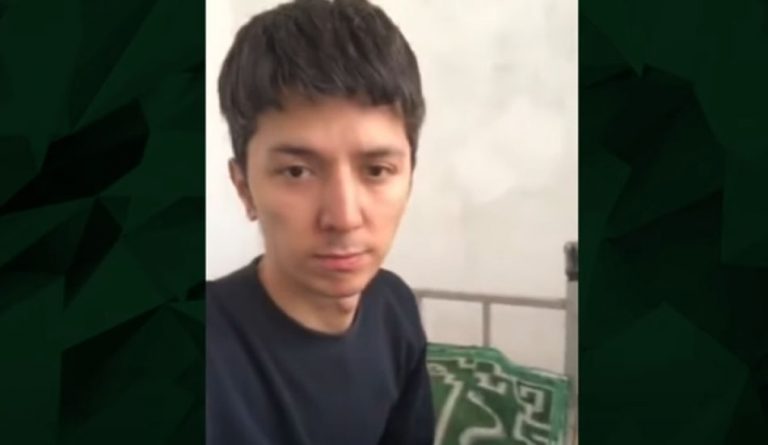 Merdan Ghappar is a 31-year-old Uyghur who has worked as a model for numerous clothing brands. In January this year, Chinese authorities arrested and sent him to a detention center. He hasn’t been heard from since March. Fortunately, Ghappar was able to sneak out a video and some text messages that ended up in the hands of the BBC.

In August 2018, Ghappar was arrested for the first time in his life. He was sentenced to 16 months in jail on charges of selling cannabis, an accusation that his friends vehemently deny and claim was cooked up. He remained in prison for over a year and was released in November 2019. But a month later, he was approached by the police and asked to get back to his hometown in Xinjiang to complete a registration process. And in January 2020, he was escorted back to the Xinjiang region, never to be seen again. His family was convinced that Ghappar was sent to an internment camp.

More than a month later after his disappearance, Ghappar’s family received the shock of their life — the 31-year-old was using a cellphone inside the detainment center to communicate to the outside world. In the video, Ghappar is shown in a bare room with steel mesh windows and grimy walls. His clothes are dirty and his left wrist has been handcuffed to the bed, which is basically the only furniture in the entire room. Ghappar’s ankles look swollen. In a series of text messages, Ghappar explains the pitiful condition of his existence at the camp.

In the room that he was detained in, which is less than 50 square meters, Ghappar was put up with 50 to 60 other people. Every single person was forced to wear a blackhead sack, leg shackles, handcuffs, and an iron chain connecting the shackles to the cuffs. “I lifted the sack on my head and told the police officer that the handcuffs were so tight they hurt my wrists… He shouted fiercely at me, saying: ‘If you remove your hood again, I will beat you to death.’ And after that, I dared not to talk… Dying here is the last thing I want,” one of the text messages said, as reported by the BBC.

Inmates were forced to share a few plastic bowls and spoons to feed themselves. Many of them ended up suffering from lice. Ghappar constantly heard loud screams coming from other areas of the prison, which he believes were interrogation rooms. When COVID-19 broke out, lockdowns and restrictions were observed very strictly in Xinjiang. Ghappar recounts an instance when four men were brought to the prison and beaten up because they had played basketball outside. The men had their buttocks split open and could not sit down as a result. Police made everyone in the prison wear masks even though they were already wearing hoods.

After sending a few messages to the outside world, Ghappar stopped communicating and no message from him has since been received. When questioned about Ghappar’s imprisonment and handcuffs, Chinese authorities claimed that he had committed acts of self-harm and violence against the police. However, his uncle Abdulhakim rubbishes the statements, saying that whatever harm Ghappar has suffered was inflicted by Chinese officials.

Beijing has reportedly destroyed a mosque in the Xinjiang region and built a public toilet in its place. The mosque, located in Atush’s Suntagh village, was demolished way back in 2018. The toilet was built by Han Chinese comrades, but it hasn’t been opened yet. One anonymous source from the region who talked to Radio Free Asia revealed that the place never needed a public toilet in the first place.

He believes that the toilet has been built to cover up the ruins of the destroyed mosque. Another mosque in the region that was brought down in 2019 has been replaced with a store that now sells cigarettes and alcohol. The destruction and desecration of these religious sites are part of the government’s “Mosque Rectification” program launched in 2016. Under this campaign, almost 70 percent of the mosques in Xinjiang are said to have been demolished under the pretense of “social safety.”