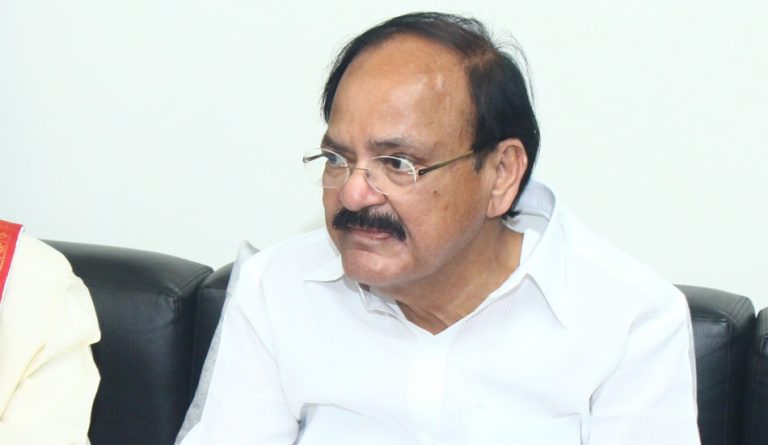 Venkaiah Naidu, the Vice President of India, has asked people to preserve the tradition of living and working together. (Image: Geospatial World via Flickr)

Venkaiah Naidu, the Vice President of India, has asked people to preserve the tradition of living and working together. He made the statement at the celebrations marking 100 years since the birth of one of the former rulers of the Indian Kingdom of Mysore, Jaya Chamaraja Wadiyar (1919 to 1974).

Naidu described Wadiyar as a people’s ruler who always cared about the public’s well being. He credits Wadiyar for blending ancient values and modernity perfectly. “The greatest tribute which we can pay to stalwarts like Sri Jaya Chamaraja is to preserve and promote this grand cultural tradition of India of living together and working together, for the country, the world and the entire humanity,” he said, as reported by Hindustan Times.

In April last year, Naidu remarked that the tradition of sharing and caring is central to Indian philosophy. He said that India has never attacked any country since it believes in peaceful co-existence. Naidu expressed worry about the increasing incidents of terror in the world and stated that corrective actions should be taken to curb them.

In the Indian context, nothing symbolizes the idea of sharing and caring more than the traditional family system. In fact, many historical experts are of the opinion that it is the family system that ensured that India sustained its civilization despite centuries of exploitation by invaders. The traditional Indian family system is not a nuclear structure with just parents and children. Instead, it has grandparents, parents, and children, all living under one roof.

The grandparents are not isolated to fend for themselves. And neither are children left alone at home while parents are busy working. A man lives in the care of his parents and grandparents when young, works to take care of his parents and children during adulthood, and is taken care of by his children during old age while also giving love and affection to his grandkids. At all stages of life, a person is provided with financial and emotional security in the Indian family system.

Sharing and caring for others is often quoted as a moral ideal by India’s ancient Hindu scriptures. The oldest Hindu text, the Rigveda, notes that a man with excess food who does not share it with the needy will not find others to comfort him when old. One of the philosophical Hindu texts, the Upanishads, states three qualities of a developed human being — self-restraint, compassion for all life, and charity.

The most popular book of Hindu scriptures, the Bhagavad Gita, actually classifies charity into three. The first is called “good charity” and is characterized as donating something without expecting anything in return at a proper time and place to someone worthy. In “ego-driven charity,” donations are given while expecting something in return. In “ignorant charity,” donations are offered to unworthy people with contempt at the wrong place and time. The Gita praises the first kind of charity and warns that the third type is to be avoided.

India’s practice of charity has been noticed by several foreign travelers in the past. The 11th-century Persian historian Al Biruni noted during his travel to India that the people gave as much in alms to the needy as was possible for them to do every day. Once people paid their taxes, they would divide the remaining income into four portions — one to meet living expenses, the second for noble endeavors, third as a reserve, and fourth for alms.