Germany Has Turned Against Its Confucius Institutes 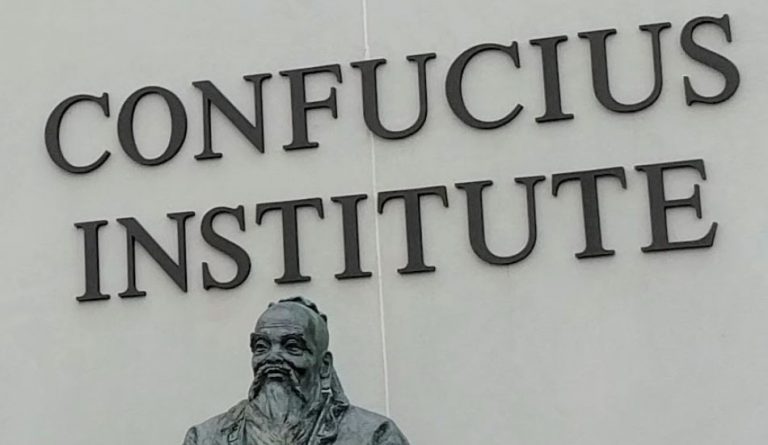 Germany is cracking down on Confucius Institutes. (Image: Kreeder13 via Wikimedia Commons)

Universities in Germany are starting to boycott CCP-backed Confucius Institutes. These institutes act as a propaganda vehicle for the communist regime and are being viewed as a threat to national security in the U.S. and European nations.

The threat of Confucius Institutes

In February, the Free University of Berlin (FU) came under heavy criticism after it came to light that it had signed a contract with a Chinese agency, agreeing to abide by Chinese law. In return, the university would receive hundreds of thousands of euros to establish a professorship for a Chinese teacher training program. The contract gives the Chinese side the power to terminate funding in case the program contains an element that contradicts Chinese law. Such a clause would make any discussion on the Tiananmen Square massacre, Hong Kong protests, Uyghur persecution, etc., taboo in the university. And if these topics were discussed, they would be “sanitized” so as to avoid putting any blame on the CCP.

“The interference of China at FU Berlin clearly shows how China envisages ‘cooperation’ with our educational institutions. Independence of science is one of the most important freedoms and must be guaranteed,” tweeted Renata Alt, a federal parliamentarian for the Free Democratic Party (FDP), as reported by Inside Higher Ed. The contract, worth 500,000 euros over a period of 5 years, was created to train around 20 teachers per year.

In Europe, countries like Sweden and Belgium have taken strong action against Confucius Institutes. Sweden shut down the last Confucius Institute in its country in April, thereby becoming the first European country to completely sever its relationship with the CCP-backed entity. Due to the growing international backlash, China’s Ministry of Education (MoE) is said to be considering changing the name of Confucius Institutes to “MOE Center for Language Exchange and Cooperation.” But a simple name revision is unlikely to change the increasingly bleak future of the program. As the saying goes, a rose by any other name… As long as the CCP is behind the program, it will be opposed strongly in most Western nations wary of growing Chinese communist influence in their countries.

The United States government recently classified Confucius Institutes as foreign missions. U.S. Secretary of State Mike Pompeo called the institute an entity that spreads Beijing’s “global propaganda and malign influence campaign” on American campuses and classrooms. The government order justifies the classification by mentioning that Confucius Institutes are owned or effectively controlled by a foreign government.

People working for such institutes will now have to register and comply with restrictions that are usually placed on diplomatic embassies. The Washington-based Confucius Institute U.S. Center will be required to submit a report to the U.S. government that explains their funding as well as other details like curriculum, personnel, and so on. According to estimates, there are 65 Confucius Institutes on American campuses, with many universities increasingly deciding to dissolve their relationships with the entity.