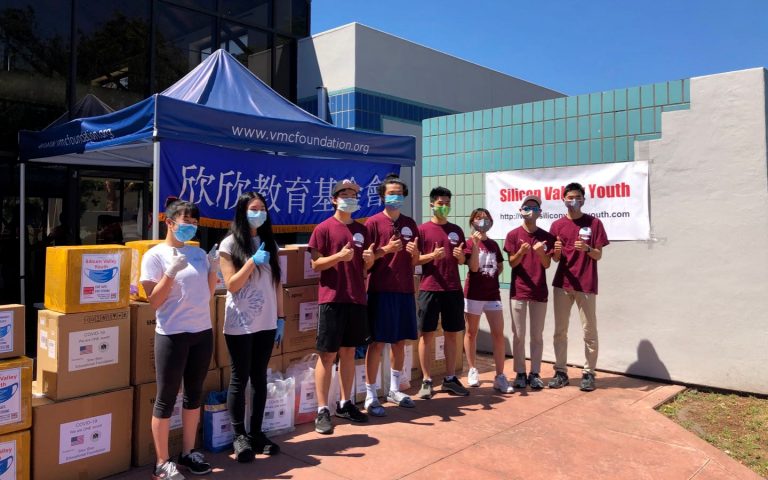 Perhaps you’ve heard of Kumon or Mathnasium — there are over 100 locations of the former and 40 sites of the latter in the Bay Area alone. It’s common for parents with high expectations to coerce their kids to attend these supplemental educational programs to accelerate their learning. Reasonably, not all children attend these classes willingly.

This was the case for a 7th grader taking a class at Silicon Valley Youth (SVY), a student-run nonprofit educational and community service organization. Protesting his mother’s bidding, the middle schooler sat in the back of the room doodling, disengaged from an introductory class to Science Bowl, a science-themed quiz bowl game.

After his teacher played encouraging games with him and gave individual attention, the student began to participate. By the fourth class, he raised his hand for the first time. By the fifth, he asked his first question. And by the final tenth class, he requested if they could play for five more minutes after the game finished.

“At that [last class], it was a really gratifying and humbling moment that I had managed to change this kid’s perspective on science or his ability to learn and be curious,” Oliver Ye, the teacher of that class, said. “The goal of this class, rather than trying to get the kids to get high scores [in Science Bowl], [was] to inspire them to learn and feel the wonders of science.”

Oliver, the current president of SVY and a rising senior at Saratoga High School, was one of the first students for the organization. At a public speaking summer camp in 2015, Oliver went up to a junior at Henry M. Gunn High School, Benjamin Owens, because he was impressed by his rhetoric, and asked if he could lead a discussion circle for him and several friends.

That fall, Benjamin led a small group of middle schoolers in a mini book club about analyzing current events — SVY’s first class. “A lot of people were very interested in coming back,” Oliver said. “So in the [following] spring, the three of us discussed together: ‘Let’s try to make this something big that we can grow, develop, and create an impact with.’”

After that fall class, Benjamin’s twin brother, Bryan Owens, offered to teach coding and web development, and the two became SVY’s co-founders. Since 2015, the organization has taught over 1,500 students in over 130 classes at seven locations.

High schoolers teach all of the weekly one-hour classes to mostly lower and middle schoolers. Ranging from neuroscience to web design to bridge, the classes cover many topics uncommon in school curricula. The nonprofit hosts two semesters of classes — spring and fall — every school year.

Michael Ma, the executive vice president of marketing and a rising junior at Lynbrook High School, joined SVY to flip his role from student to teacher. “Whether it’s actually teaching the classes or taking the funds from those classes and donating them, I think our work — giving back to the community through means of education — is really impactful,” Michael said.

With over $100,000 raised since 2015, SVY charges $15 for each class and then uses the money where it can make “the most impact.” In the past, the organization has donated to underprivileged, low-income districts, specifically Ravenswood School District in East Palo Alto and Franklin McKinley School District in San Jose.

Although SVY’s mission has historically focused on education, the organization broadened its projects to address the pandemic’s effects on the Bay Area. “Being part of SVY is stepping out of your comfort zone as leaders,” Oliver said. “We realized that as privileged individuals, we needed to serve our community to make sure that everyone’s safe and that what we were doing was truly helpful and creating the biggest impact.”

Leo Yang, the executive vice president of business operations and a rising junior at Lynbrook High School, led SVY’s largest pandemic relief undertaking, its mask project. “It came to our concern that not only are students facing troubles during quarantine but also other at-risk individuals [are too], like seniors and people without much personal protective equipment,” Leo said.

Over 50 families worked with the organization to sew around 1,800 handmade masks, of which approximately 1,200 have been donated as of now to senior homes and at-risk citizen centers. SVY also spent around $5,000 to donate approximately 8,000 surgical masks to over 10 medical centers.

From the end of March to the end of April, SVY also hosted a series of free online classes for students who were unengaged at home when schools temporarily paused to transition to the pandemic. The nonprofit donated $10,000 to the Ravenswood Education Foundation toward iPads for students to use for online learning.

For its latest project, the organization plans to create a scholarship program with the Ravenswood School District for high-achieving, low-income high schoolers who cannot afford college due to the pandemic. SVY intends to use $10,000 from its current funds to sponsor 10 scholarships to purchase the students’ school supplies for college. “We noticed that a lot of families are negatively impacted [by their current] income for their students to go to college,” Oliver said. “We understand that SVY might not have hundreds of millions of dollars, but we feel that with our income each year, we’re able to support [these students] to the best of our abilities.”

Recently, SVY released its new classes, which are all on Zoom, for the fall semester. The nonprofit provided its teachers with whiteboards and other resources to adapt to online classes.

Cynthia Jia, the executive vice president of human resources and a rising junior at Los Gatos High School, teaches at the organization as a non-native English speaker to practice public speaking and convey her fascination with biology to others. “When I got into [SVY], you see that it’s high school students who make the impact on their community, not their parents forcing them to do something,” Cynthia said. “Not that we’re affiliated with a big organization and trying to change the world, but we can do small things and still make a big impact.”

The nonprofit aspires to make the most of their resources to roll out the change in their surroundings. “At the heart of the SVY mission is that an individual will be inspired to step up and create a positive impact in their community,” Oliver said. “As students, we realize we might not have the full skillset to change the world, but we want to do as much as we can to touch the lives of others.”